Yesterday, my twin sister was surprised to hear her friend Brittney say that she was bored and thinking about a divorce. Cindy told Britney “DON’T shake the TREE unless you are WILLING to eat the fruit that FALLS. Be careful what you wish for because you just might get it and it’s not always what you expected.”

D-I-V-O-R-C-E isn’t fun. Divorces are wars and quite frankly, using the threat of a divorce without having a plan isn’t a great idea. Crying wolf might just find leave you crying one of these days.

This morning, a friend we had married a little over a year ago, sent a text message regarding her divorce. Of course, Cindy and I were shocked to hear this after a year of seeing loving FB and Instagram posts of Debbie and her husband.

Meeting my son for breakfast to go over his weekend schedule of events, I told him how surprised I was about not only Debbie but also, Britney and the destruction of marriages that started out with joy and promise. Debbie had called Cindy after sending the text to explain all of the details.

My son turned to me and said “mom, what people post on social media isn’t their real life. It’s the life they wish they had. What they want people to see.” I was shocked to hear this as was my twin sister, Cindy.

My son leaves for Oklahoma tomorrow for a wedding booking that coincides with him delivering a take up machine for Mr G’s. My son works three jobs. For his father at Mr G’s for my husband at McBee Homes and for me at Texas Twins Events, Texas Prison Weddings and The Pawning Planners.

My son also knew something that I didn’t about public postings too. Why would anyone post anything that wasn’t real or true? I have no idea but, my niece, Leigh Ann told me the same thing. The couple I had thought were so happy must’ve been anything but.

I’ve never thrown out the “D Card” unless I planned to play it. Divorce for me is the last resort. In fact, both times I filed, I asked myself “can you continue living this way?” Divorce is like death. It’s final.

Rarely have I ever known anyone to go back to their ex but, I’ve seen it happen. My favorite ex boss, Ken Mattoon remarried his first wife and enjoyed 14 years of happiness before dying suddenly last week.

My ex husband went back to his ex wife after I divorced him and even had a child but, he never remarried. It’s difficult to rekindle a relationship AFTER a divorce.

Before you start planning that “free at last” divorce party, consider what you are leaving behind.

True love is hard to find. Try counseling. Put forth the effort into saving your marriage that you did during your courtship. 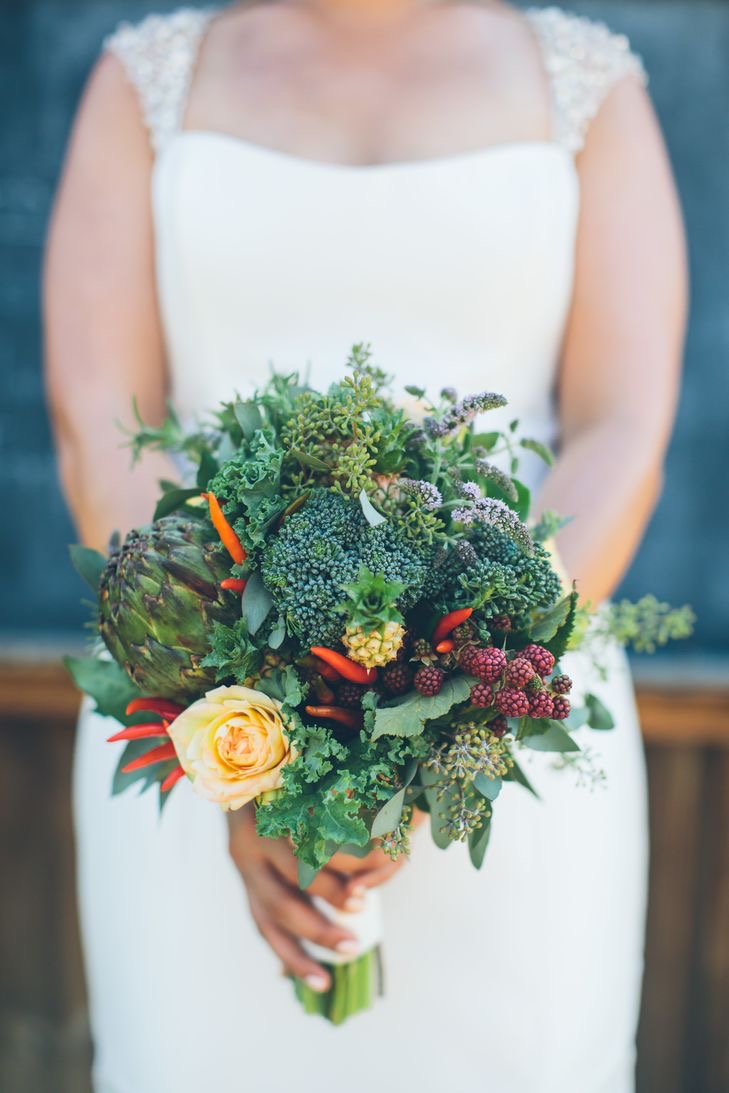 Not everyone can make marriage work for them. It’s not easy blending two completely different families to create one big happy family. I have two deal breakers. Infidelity and domestic violence. Either will send me to the courthouse but, everyone is different. Perhaps you can overcome infidelities but, I couldn’t.

The truth is that while I’ve had a few Texas Twins Events AND Pawning Planners couples divorce over the years, none of my TDCJ Couples have divorced. Shocking isn’t it? Love After Lock Up couples are in it for “the long haul.” These couples have few of the benefits “traditional” couples have.

There isn’t a splashy wedding or two incomes for couples married to an inmate. One person makes the sacrifices to keep the relationship going. The person “on the outside” makes sacrifices everyday.

Last week, my former client, Priscilla joined four other previous clients who joyously celebrated the release of their Prison Wife or Husband this past year.

Why couples “on the outside” cannot seem to make a go of things continues to surprise me while everyone else is surprised my Texas Prison Wedding Clients can and do make their unions last through thick or thin. But, they do.

“You can’t win together if you don’t work together.”

Of course there will always be “deal breakers” in marriage just as there are deal breakers in life. Bending as opposed to breaking takes patience and courage.

It’s up to you to decide whether your marriage is worth mending or moving on. Without putting the work in to your marriage, you aren’t going to reap the benefits of your partnership.

Pull your sleeves up and make your marriage a priority. I’ve never been afraid of hard work nor has my twin sister. 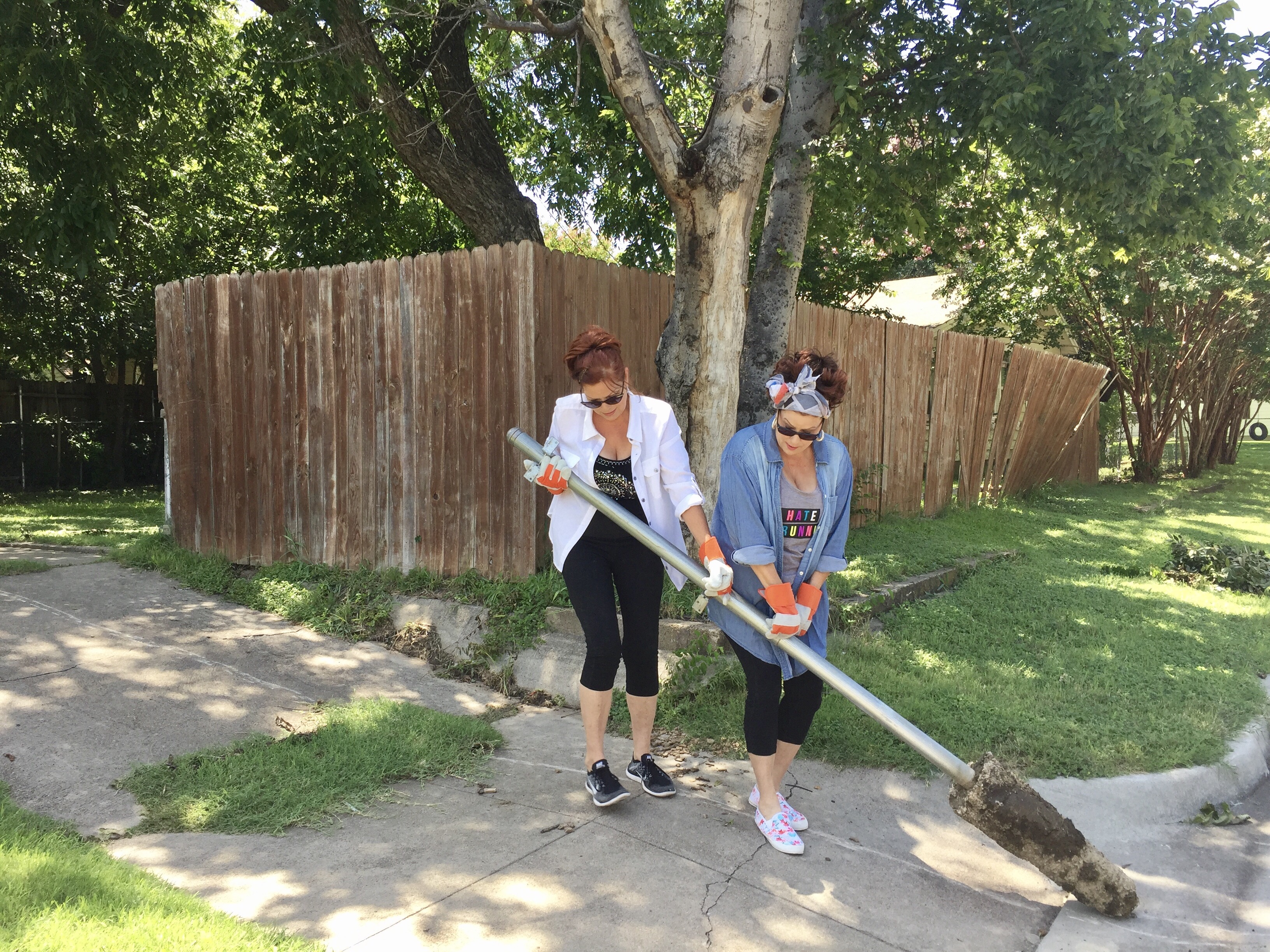 Debbie had decided to move on and she’s thrilled to find peace again. Britney reevaluated her ability to take care of three children on her own and learned that threatening a divorce is a good way to find yourself “holding the bag.” Britney is playing with fire.

Wednesday afternoon while sitting at the post office and getting my marriage licenses together, my sister, Tammy called me from Lompoc to tell me she was unhappy in her marriage because she felt she was doing all of the work.

My brother in law, Rob is a great guy but, he’s far more fun loving than Tammy is and doesn’t worry about work as much as he does sand, surf and sea. I told Tammy that while the differences in lifestyles or hobbies cause issues, it isn’t anything that cannot be overcome. I also suggested taking a holiday and doing something for herself.

Forty five minutes later, Tammy decided that she, Cindy and I would take a cruise out of Galveston in September for our birthdays. I’ve never been on a cruise nor has Cindy but, girl time between three sisters has been limited over our lifetime.

I’ve flown Tammy and Rob to Texas for my son’s wedding a few years ago and Cindy travels with me to California frequently to visit Tammy & Rob. Cindy and I along with my niece, Leigh Ann also helped with Tammy’s daughter, Kori’s wedding last September. Making up for all of the years we lost due to our parents divorce is a priority for us. 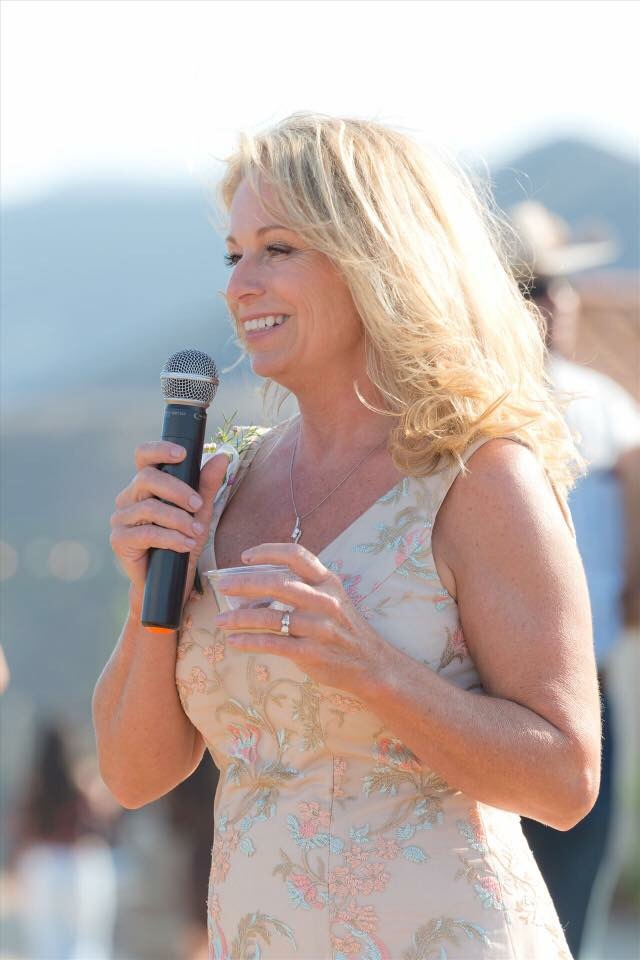 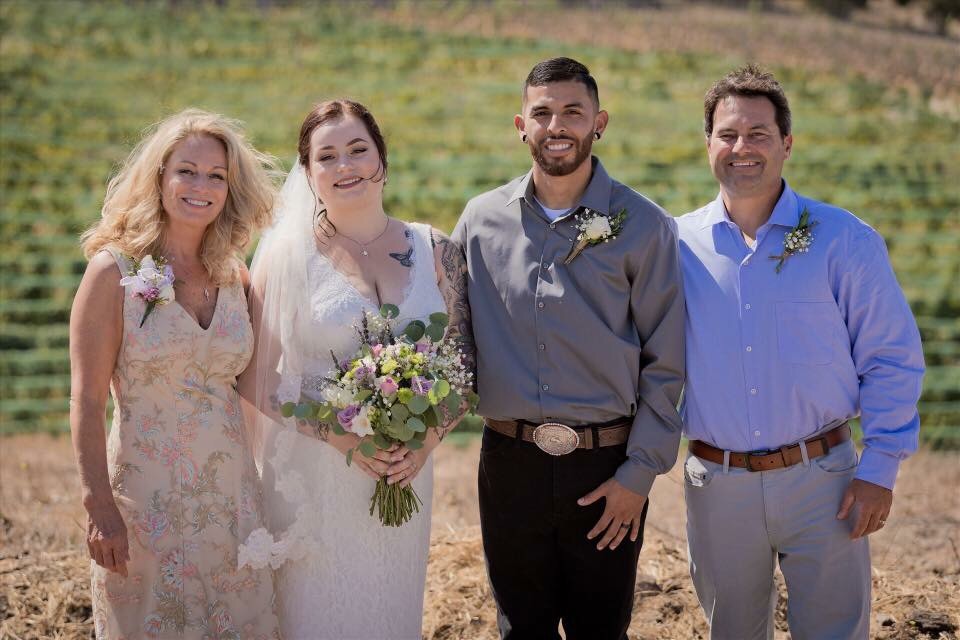 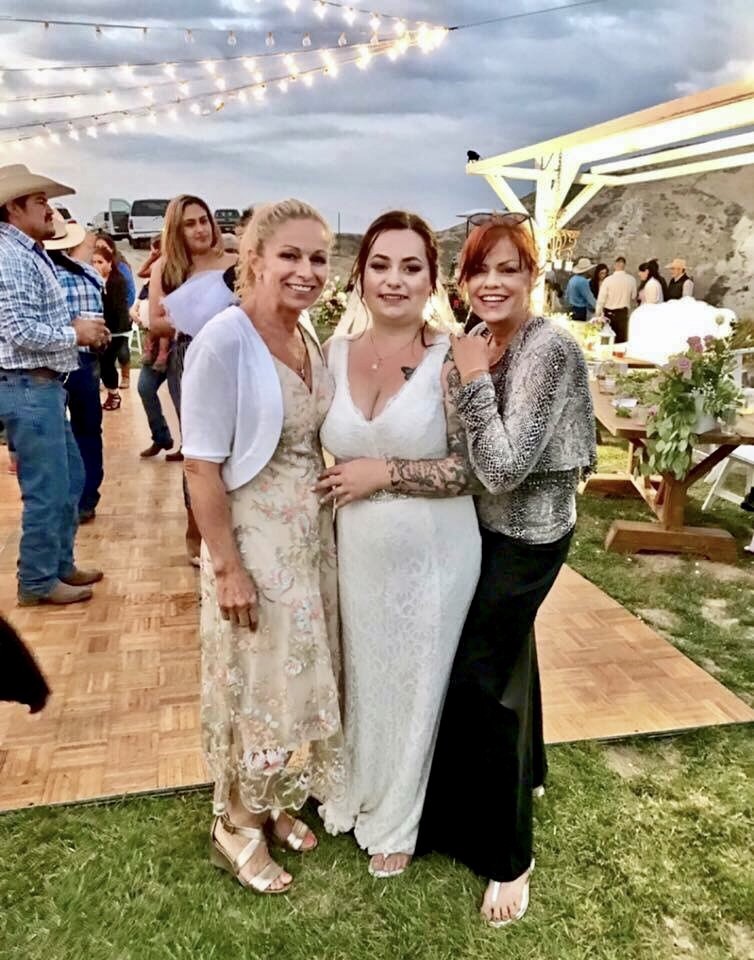 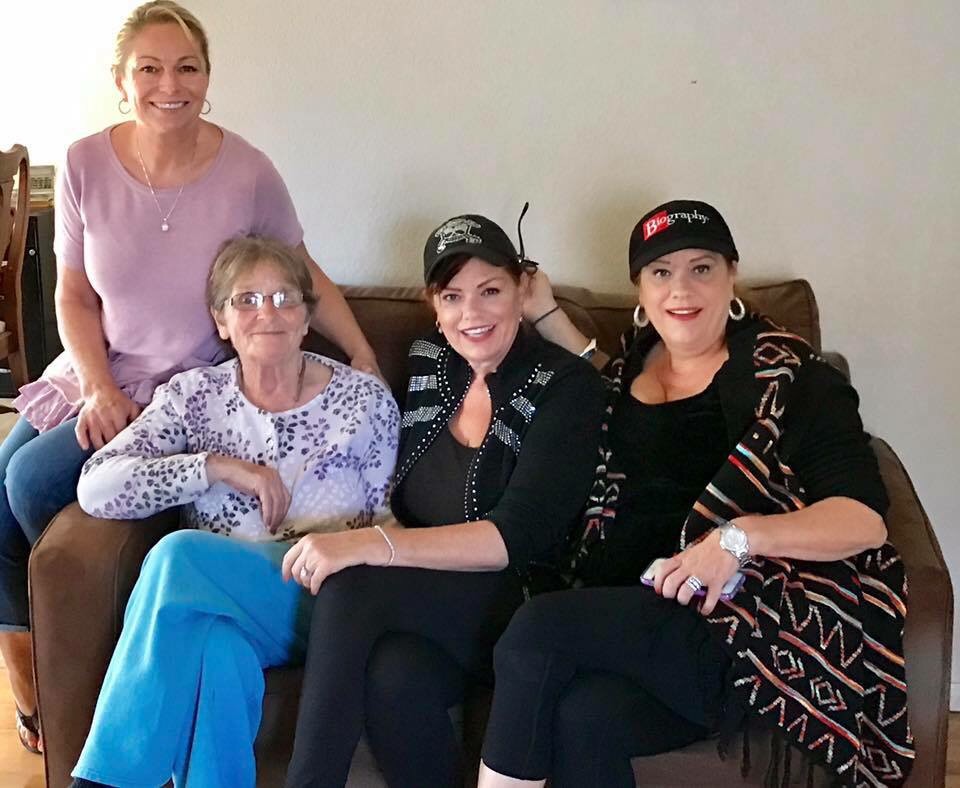 We lost twenty some odd years of Tammy after our dad took Cindy, Jerry and I to Oklahoma at 11 years old and Tammy stayed behind on Lompoc with our mothers mother, grandma Tinney.

We were torn apart as children and we refuse to be separated as adults although we live in separate states.

Cindy and I visit Tammy every year and occasionally twice a year. We enjoy our time together. All of our husbands get along well too. Tammy is four years older than Cindy and I so the last thing I would want is for her to throw in the towel.

I’m looking forward to a week long cruise catching up when Cindy and I aren’t filming in California and trying to find time to visit Tammy. It will be our very first “sister trip.”

The older we get, the more valuable we realize that time is. Thankfully, all three of our husbands have been very supportive about “finding Tammy again.” Cindy and I gained a family and we are thankful.

I had a deal breaker myself this week at my PCP’s office. One thing people who know me realize is that when I view anything as a deal breaker, there isn’t any going back for me. If you missed the blog regarding the widespread use Physician Assistants at my PCP’s office, here’s the link– Emotions Or Intelligence? Why Both Affect Your Decisions.

With a weekend of events kicking off at 1PM today, Cindy and I are saddling up for yet another busy weekend. We are also thankful that both of our husbands have never been jealous of our relationship with one another.

While pruning, you might want to look around your circle of friends. Frenemies often masquerade as your friends. Be aware that the “Axe that can cut you down was once a tree.” Keep your circle tight. Friends interfere with marriages more often than you might think.

You cannot find Mr Right if you are with Mr Wrong but, after Cindy and I finally found Matthew and Steve we’ve decided that if anything were to ever happen to either of them, we have no plans to remarry. Finding love and acceptance is rare for twins and we are blessed to have found wonderful husbands in our lifetime…