For the past year, I’ve been trying to help my niece, Stephaney who refuses to help herself and stay on her medication.

As usual, “dealing with her drama” has worn my twin sister and I out. “Family is like a can of mixed nuts. The problem is most of them are peanuts and everyone wants the cashews, almonds or other varieties often viewed as better than the peanuts.”

After hundreds of emails from other families facing similar issues with a relative dealing with their family member struggling with mental illness or addiction giving Cindy and I their advice, we’ve decided to move on to what we enjoy rather than consistently dealing with Cindy’s daughter and her regular “emergencies, needs, wants or demands.”

This isn’t an easy decision for the only two people who cared about her but, it is a necessary one. Life is short. In two months, Cindy and I will be 54 years old.

We’ve spent our entire life fixing family problems by trying to mend broken fences or spending thousands of dollars on rehab or car tows because my niece has been detained yet again.

Cindy actually came up with another round of #Cindyism Quotes used on Pawning Planners Apparel that perfectly fit our current thoughts on “saving everyone and sacrificing any joy in our lives while doing so.” My grandniece Maddy has the perfect “look” for most #Cindyisms. 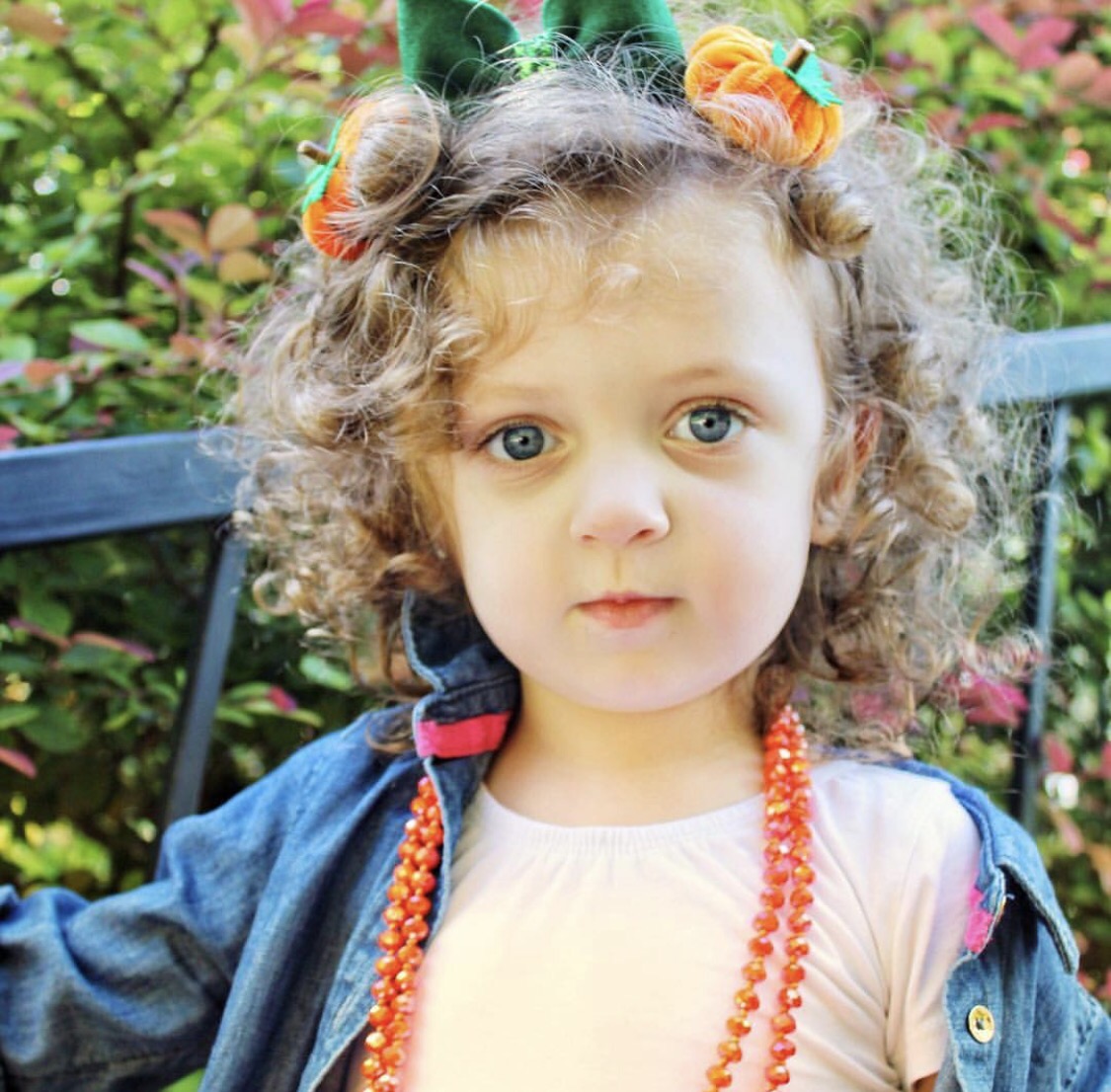 Last Monday, while following Cindy to an Appraisal Appointment for a Pawning Planners Client, Cindy and I were on Bluetooth trying to come up with a solution to our “Saving Stephaney” saga while trying not to cry.

For 17 years, our tears over trying to fix or save Stephaney have upset the rest of our family. While they complain about how sick of watching Cindy or I run off to Save Stephaney, Cindy’s other daughter, my son, our husbands and even Stephaney’s own twin daughters are sick and tired of hearing about yet another “Stephaney Fiasco.” Who could blame them? 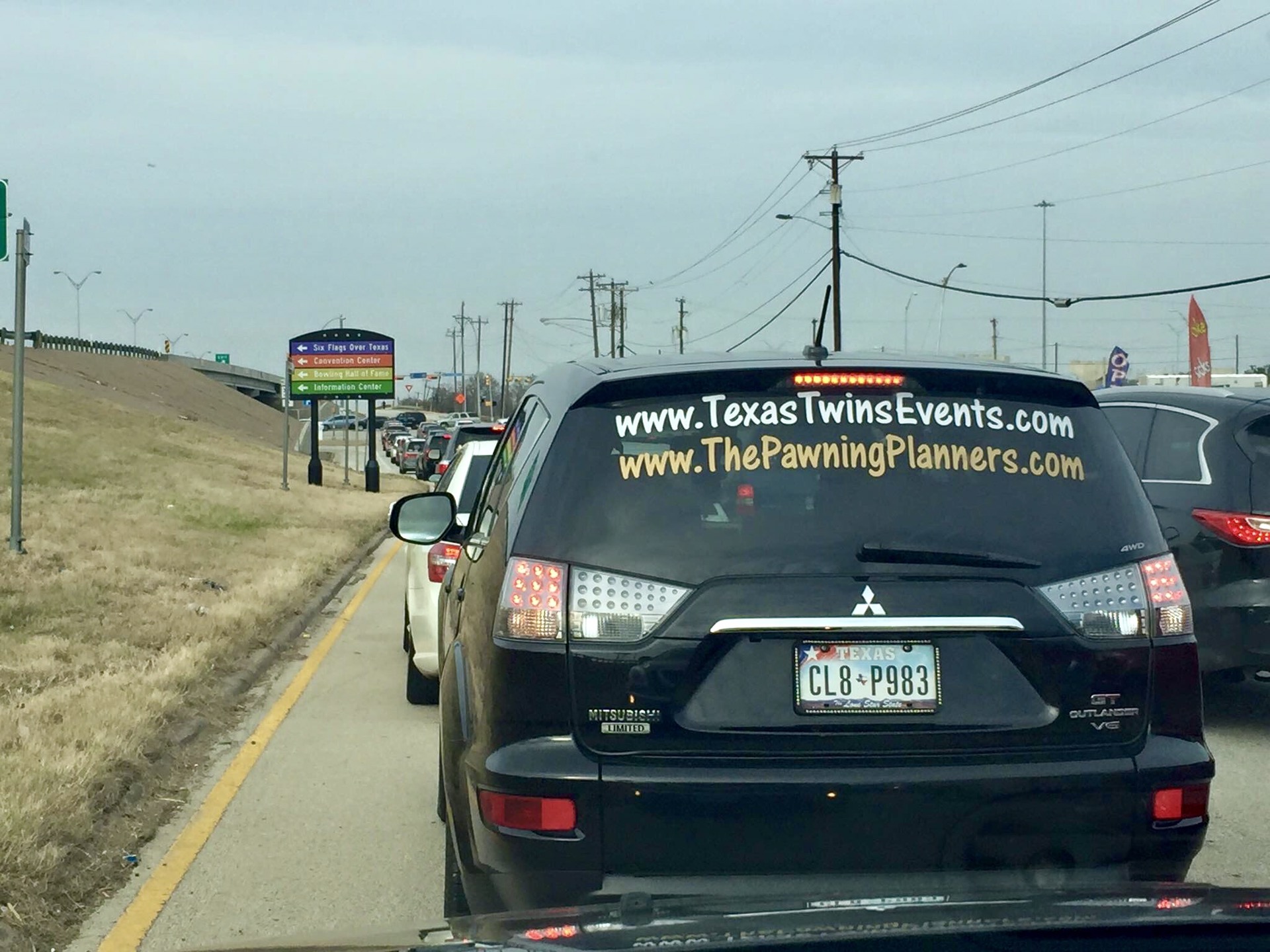 From the Bluetooth in my SUV, I told Cindy to decline the call coming in from Stephaney while trying to get to the location of the client. Why? Because looking normal in an abnormal world isn’t easy and we’ve both become great actresses at putting our “happy faces on.”

Our happy faces hide our devastated faces when someone asks about Stephaney or tells us that they’ve seen her wandering around talking to herself again. We look happy for clients and our families on a regular basis.

In fact, we’ve become trained at acting like everything is okay in our lives when in actuality, family drama is never far from either of our minds. We actually have no idea how to relax anymore.

Here’s Cindy’s latest hilarious but true observations about not only Stephaney but, the client who was a hoarder that didn’t know her home had a dead cat buried in the rubble. Frankly, I was highly concerned about what else we were going to find! 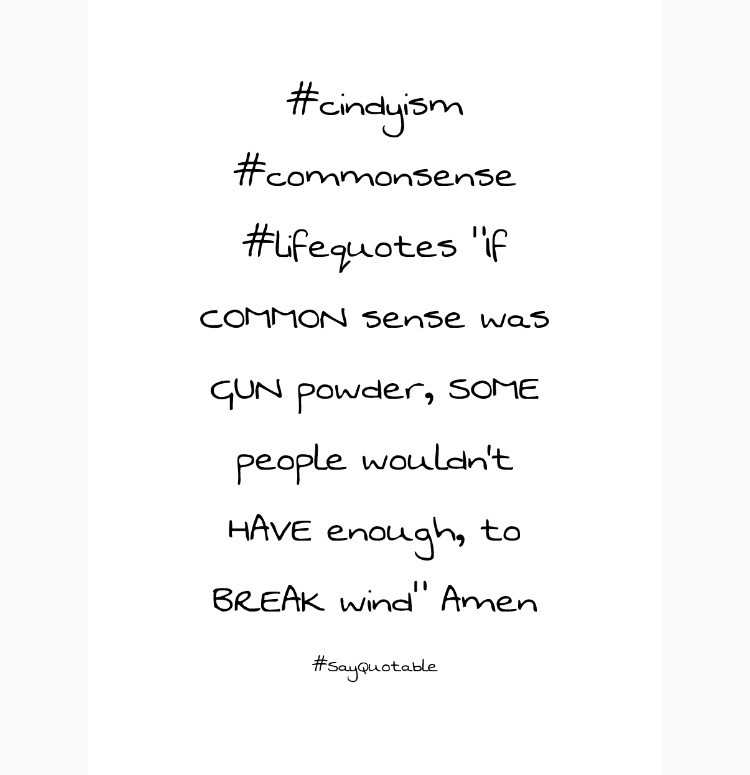 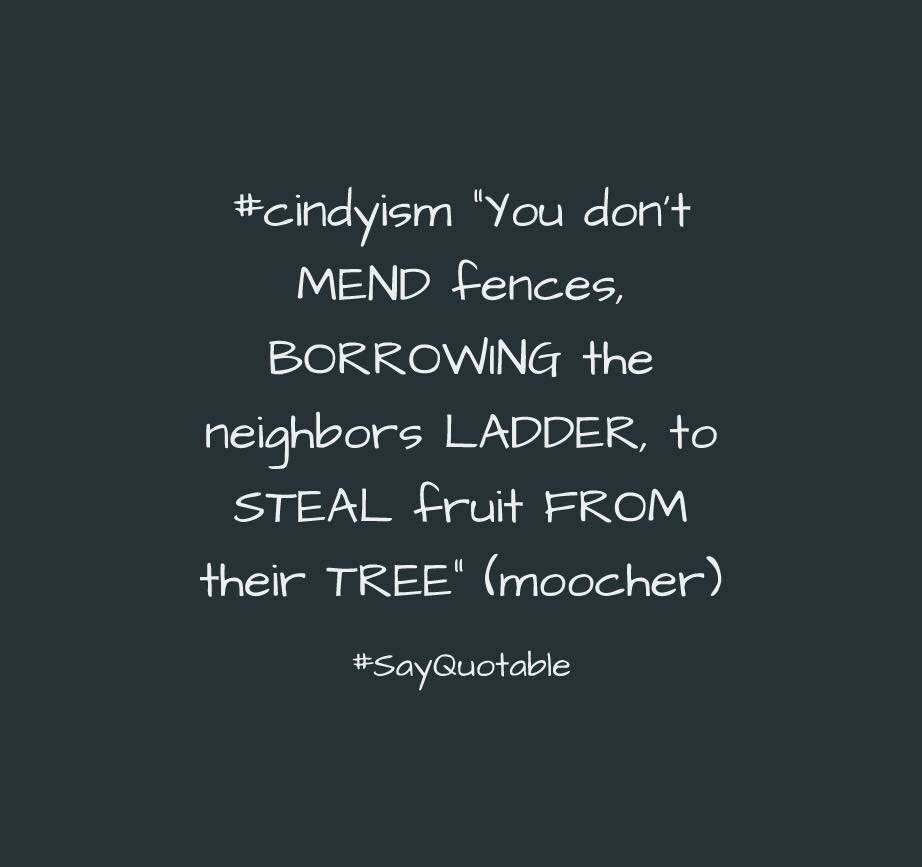 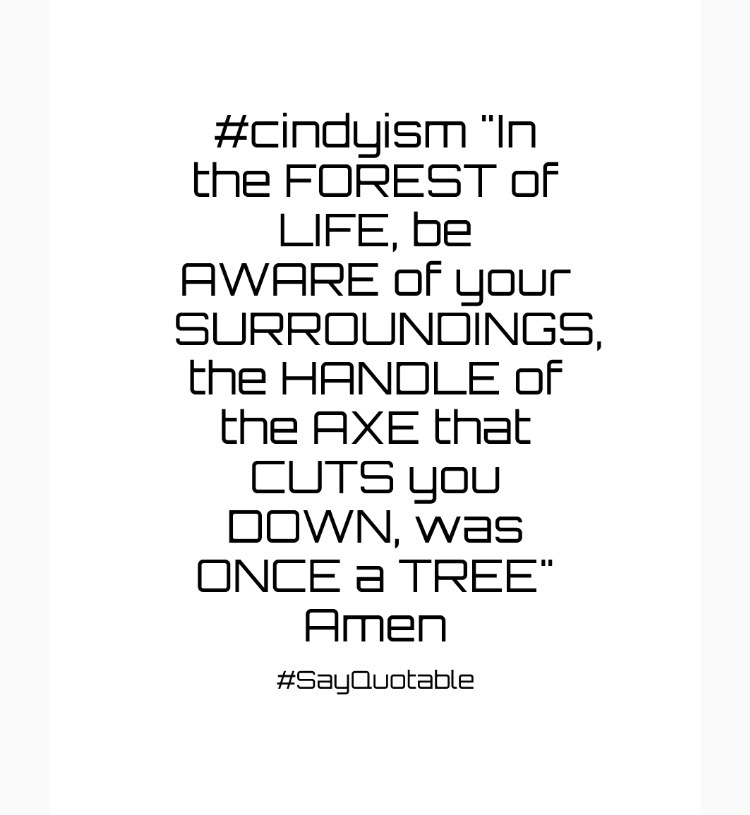 By Tuesday, I was at TDCJ Coffield Unit to meet two Brides. After an impromptu photo shoot, Cindy and I hopped in my SUV to head home to Fort Worth some 2 1/2 hours from Coffield Unit.

As usual, the crazy texts and phone calls were waiting for me on my cell phone as cell phones are not allowed in Prisons. 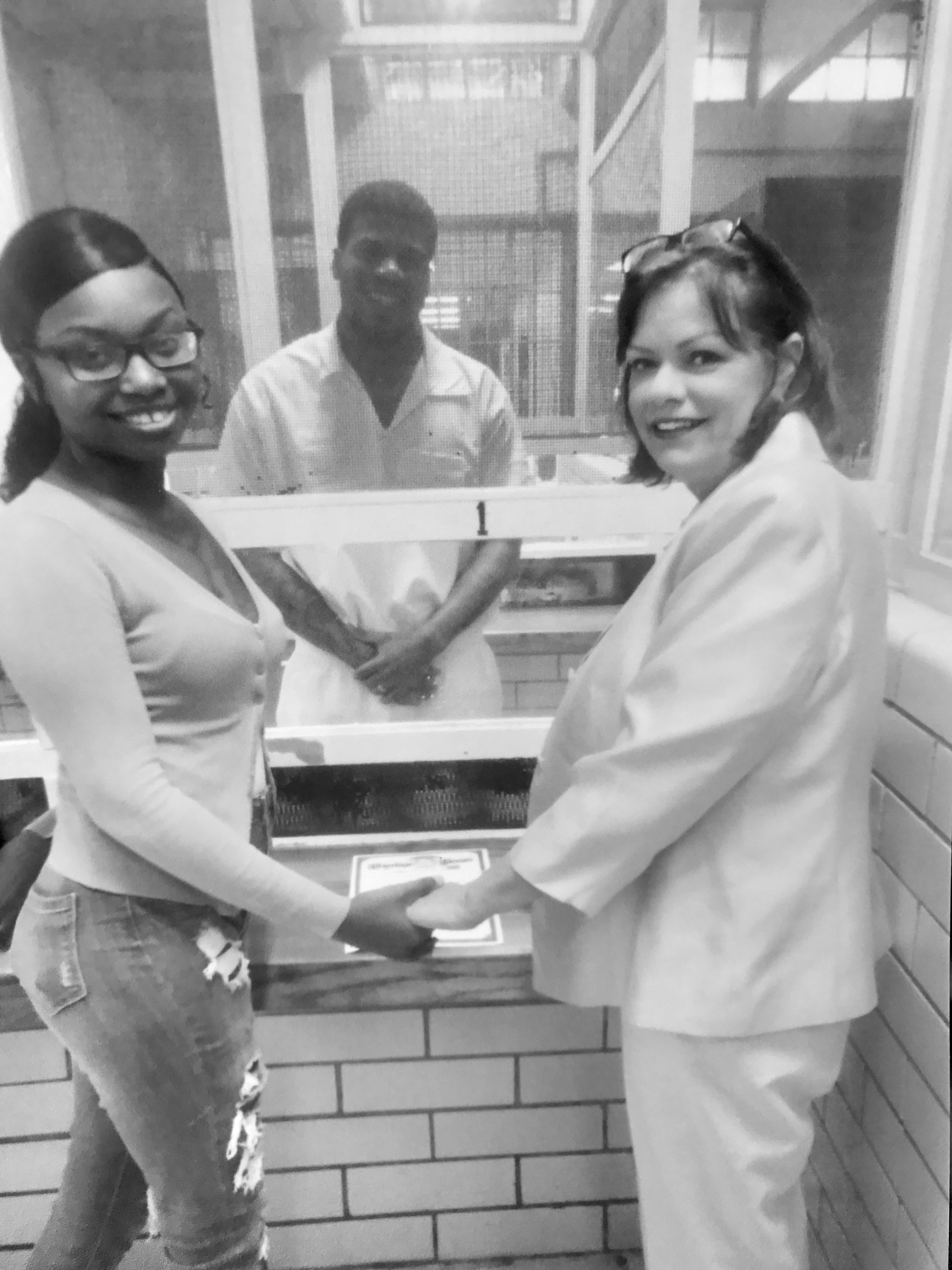 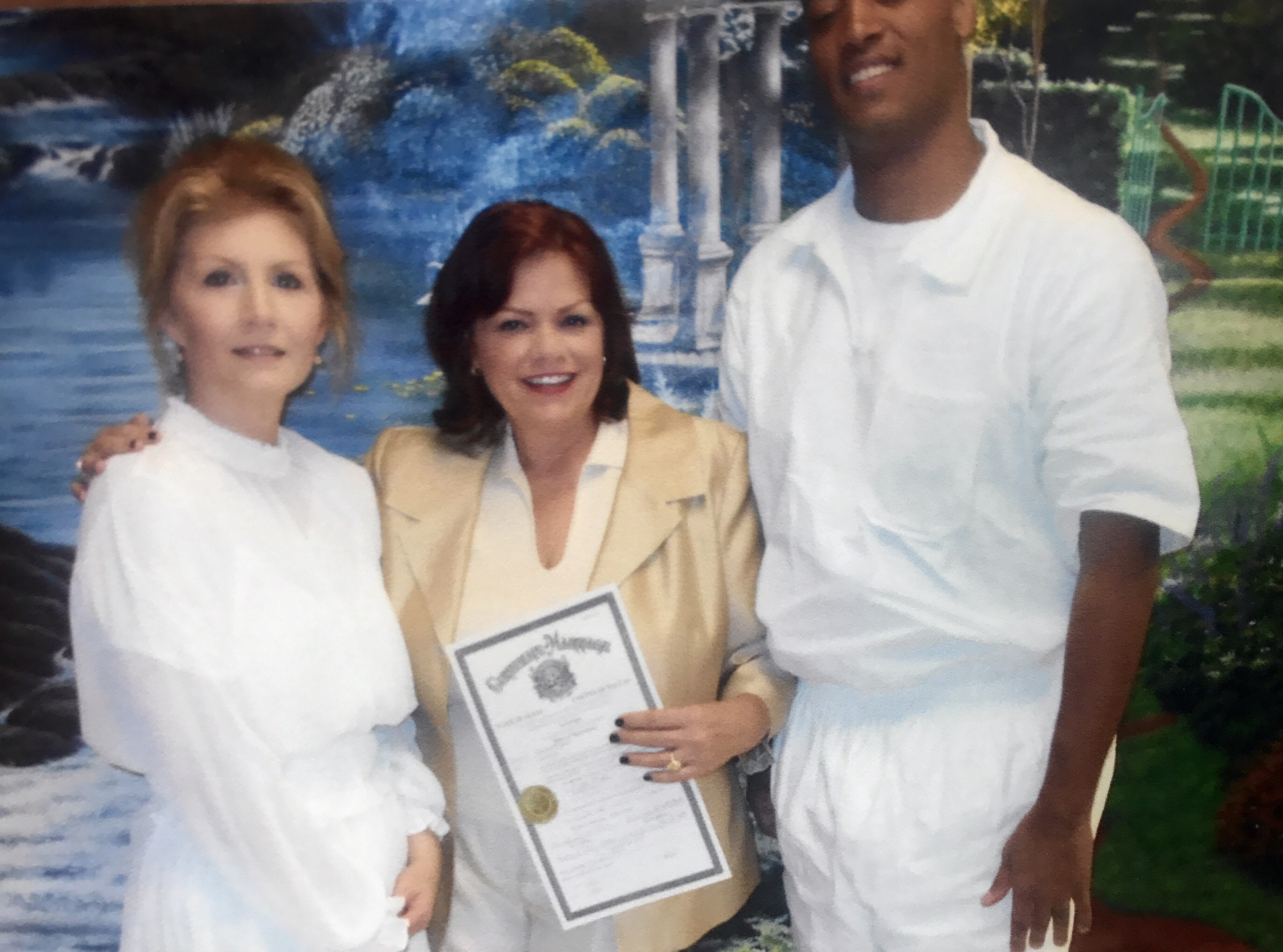 The reason I offer complimentary photos with my clients after leaving Units is that guards are not professional photographers as the above photos clearly prove. 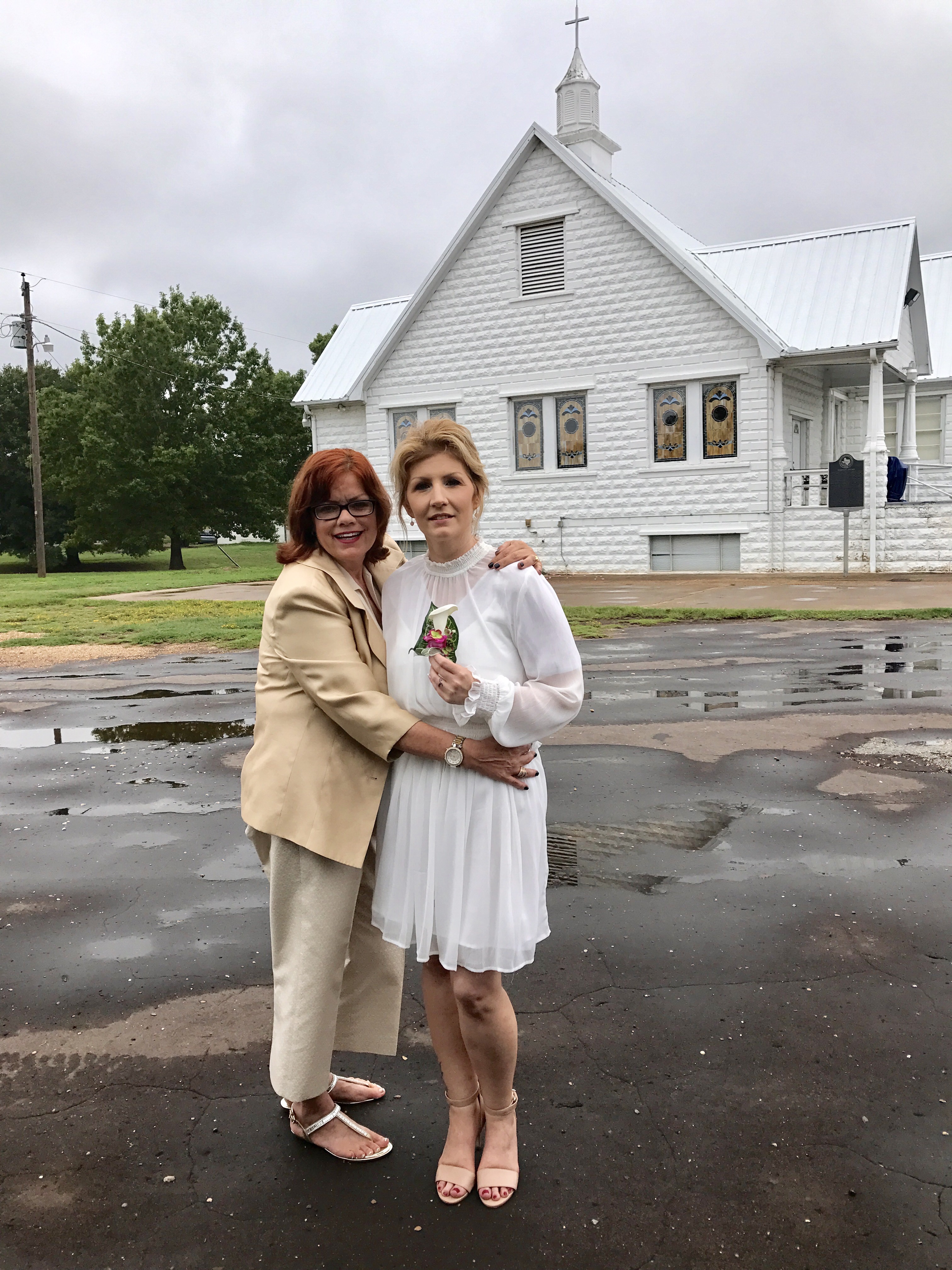 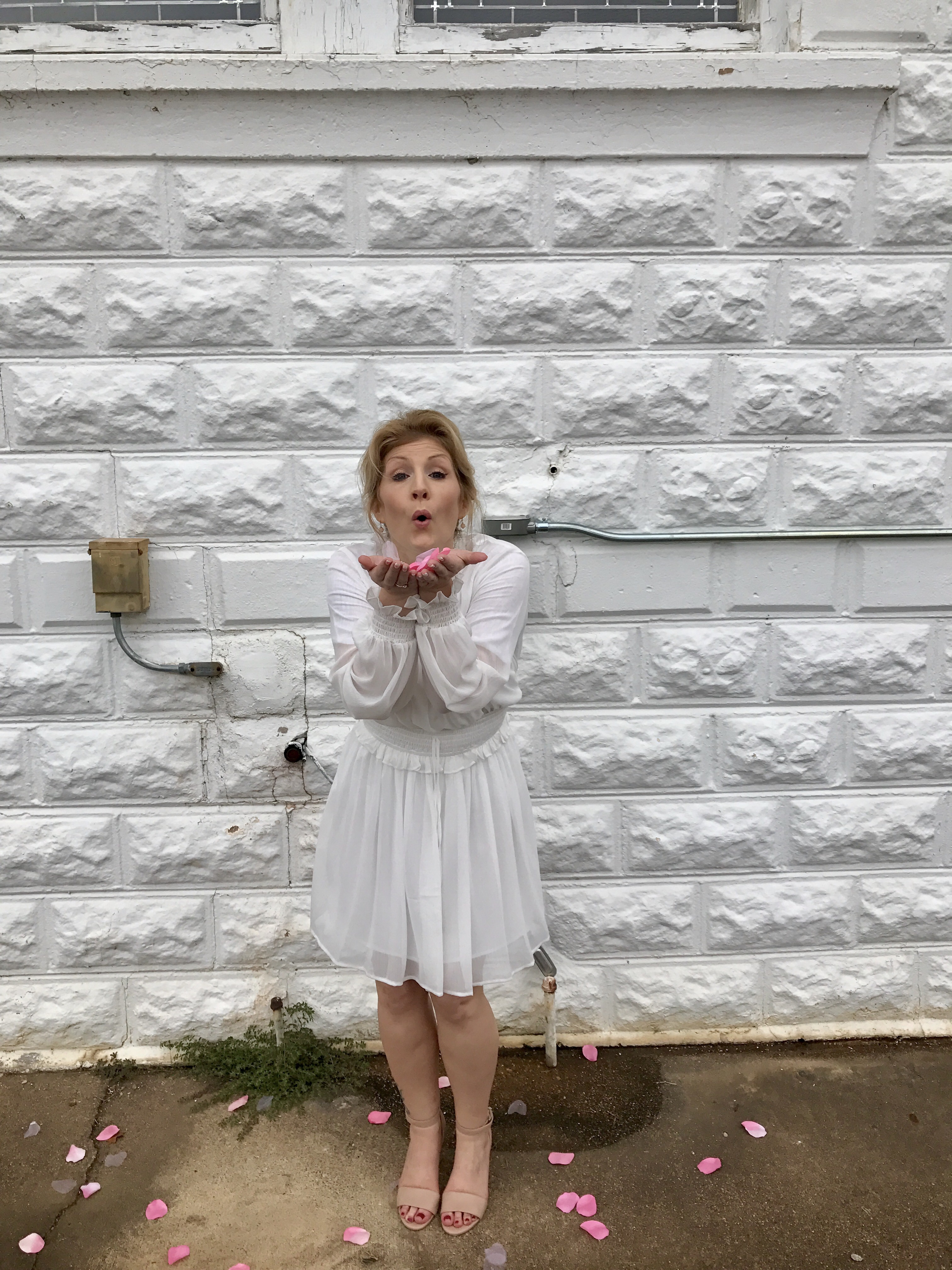 Having fun with Prison Brides on an otherwise somber event day gives them an opportunity to enjoy their day.

By 2:30PM, Stephaney finally answered the phone my sister has paid for the last 16 years. Why? So we can find Stephaney when she’s either off her meds again or, back on meth. It’s the sad reality of our lives.

Stephaney claimed to be “at a Friends house.” Since she’s destroyed any friendships she’s had over the years, Cindy and I found this to be somewhat alarming but, we were hung up on.

Arriving back in Fort Worth by 4PM, Cindy and I met her other daughter, Leigh Ann who had the twins and her daughter, Madyson. We decided to take the kids to lunch at IHOP before going to Chuck E Cheese for a bit of family fun.

By 5:05PM, my husband was calling to tell me that my niece, Stephaney was in the street waving her arms and barefoot “acting crazy again.” Because of this, my husband didn’t return home until Cindy and I could get to her.

Why? My husband has seen Steph acting crazy too many times and didn’t want to get into a scene with her. 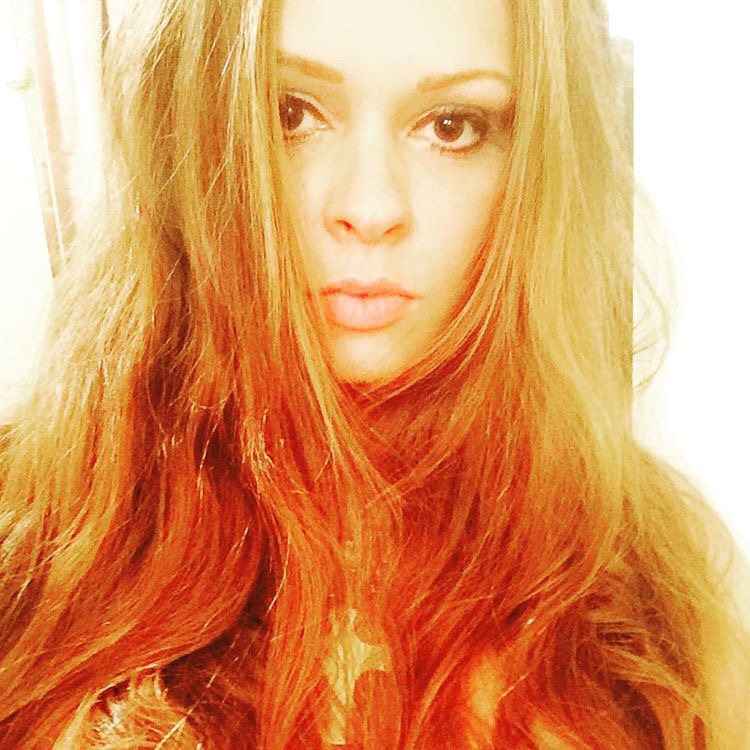 Stephaney has been off the rails for a year now since mandatory drug testing was removed from her probation. She’s been through 5 jobs, committed 7 times and arrested 4 times.

My niece is the most devastating family member we have ever been forced to deal with.

That’s saying a lot because my mother was a heroin addict and train wreck herself. 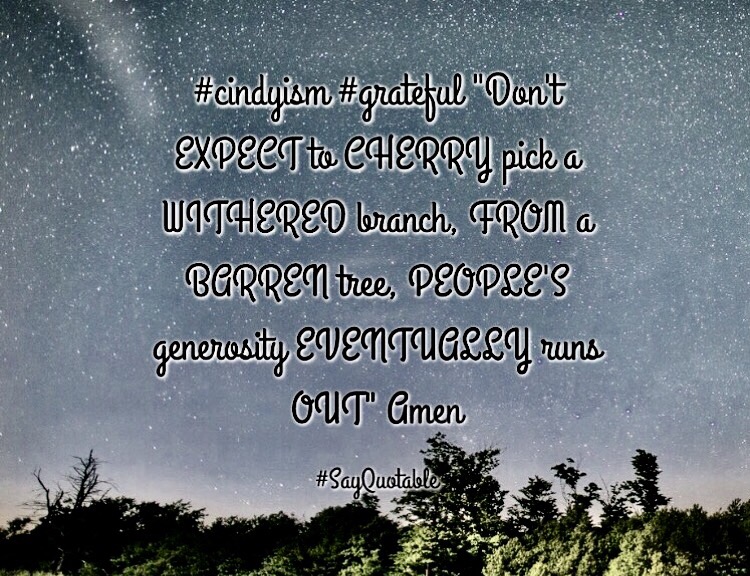 Over and over and over again, Cindy and I have trusted Stephaney to get it together and, we have been consistently let down. 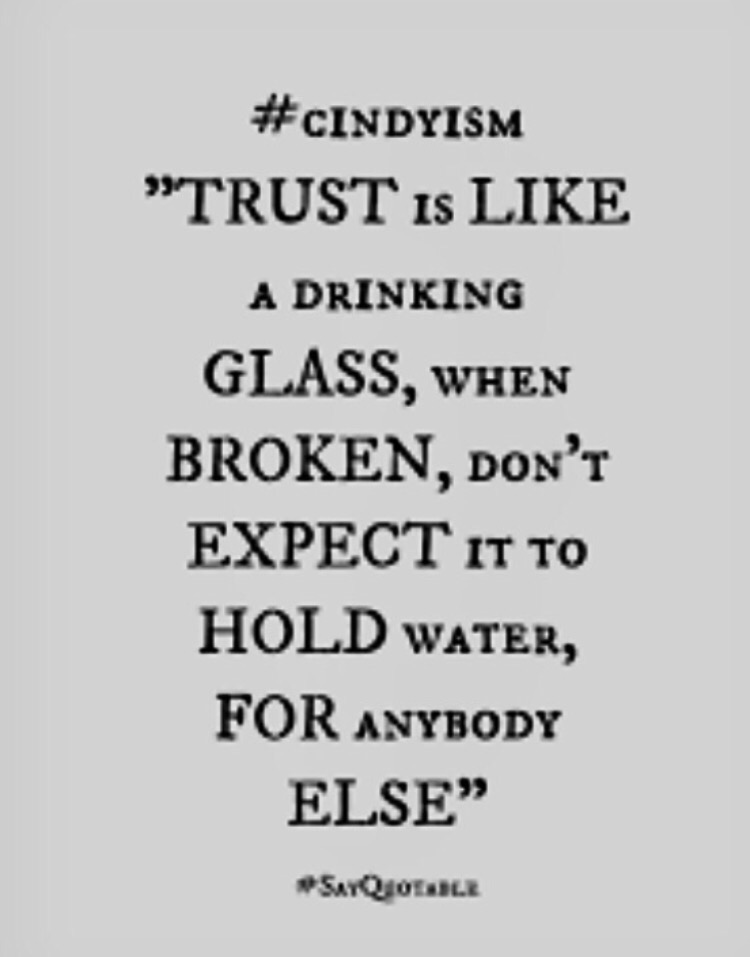 Stephaney had moved herself into the abandoned estate next door to me. Minutes prior to running in front of my husbands car without recognizing him, Stephaney was captured on video attempting to break into my home.

Watching the video after finding her one street away throwing rocks at neighbors homes, I managed to get her into my SUV but, she jumped out when realizing I was taking her to the Psych Ward.

For three months, I’ve attempted to coordinate with Dr Phil and get Stephaney in treatment. The problem? She doesn’t want treatment.

My niece denies using meth although she’s tested positive EVERY TIME she has been committed to a psychiatric facility.

Cindy and I had finally decided to stop trying to find Stephaney two nights ago after our usual day of asking homeless people if they had seen her.

We are sick and tired of looking for her or paying tow fees on her car or paying her probation fees or fines for traffic violations while buying her food and cigarettes or whatever else she needs. SICK OF IT.

The owner of the abandoned estate showed up over there on Thursday night. While we had hoped he would call the police, he didn’t. Instead, he cut off the electric and water. Stephaney has destroyed his property by knocking holes in the walls, ripping doors off the hinges and covering every room with trash from the food and drinks my sister and I have been providing as well as putting out cigarettes on the floors.

If it were me, I would file charges for Destruction Of Property and send her to the Psych Ward or Jail but, the owner did neither of these things. Instead, the owner decided to “smoke her out” by cutting off the utilities.

I sent Stephaney videos of my surveillance cameras Tuesday evening and asked why she had been trying to break into my house? After all, her mother and I are the only ones who have been trying to help her.

The barrage of text messages from my niece were so alarming that I’m going to give you a few ideas of how cruel my niece is to not only her mother but also, me. “You are the worst mothers in the world. You haven’t helped me. I hate you both and hope you burn in Hell.”

Well, any parent with a drug addict son or daughter has heard all this before. Drug addicts are horrible people. They are parasites. They are sociopaths who don’t care who they hurt and, my niece is all of the above.

Cindy and I are busy with clients while raising Stephaney’s twin daughters the past 14 years without child support from either of their deadbeat drug addict parents. We are also finished with Stephaney. She has two outstanding warrants and is currently on felony probation and also has a hearing in Parker County on a DUI charge and two possession charges. Someone is crazy all right and the evidence is that it’s my niece.

I’m at Hodge Unit, Wallace Unit, McConnell Unit and Polunsky Unit as well as Beto Unit in the coming weeks as well as scheduled at four Appraisal Appointments with Cindy while handling bookings for Texas Twins Events before leaving for California in October.

The past year with Stephaney has been as Hellish as the past 17 years of her bad choices. We had only 3 1/2 years of my niece being off drugs and that “break” was due to Institutional Sobriety.

Do to Stephaney’s upcoming court date for a DWI, she’s finally getting back on track but for how long? It’s anyone’s guess. At 31 years old, I pray that my niece gets its together long before our mother did at 45.

You can’t pick your own family but, what you can do is limit the chaos they bring to your life which is exactly what my twin sister and I have decided to do long after the rest of our family had made the same choice…