Well, just when I think Cindy and I “have seen it all,” something that piques my interest flies into my email. I was interested in the canoe for my twin grandnieces, Maryssa and Makenna. Their grandfather aka Papa has been thrilled with his recent purchase and after seeing the photo, I thought if the barter would work, I would flip the antique canoe to Steve and Steve could flip his Academy canoe to the twins.

Now and then, Cindy or I keep a flip and use it for her family or mine. A few years ago, I took a bartered Bronco because my brother in law, Steve Daniel needed a vehicle.

The interior wasn’t great but, for nearly three years, the vehicle worked well enough to tool around town and get Steve to the lake or to work and back.

Last July 4th, my husband finally bought a new car and we “gifted” Steve his Toyota Tundra pick up truck.

No one appreciates that truck as much as Steve does. He vacuums and washes it every week and, his new canoe from Academy fits in it. 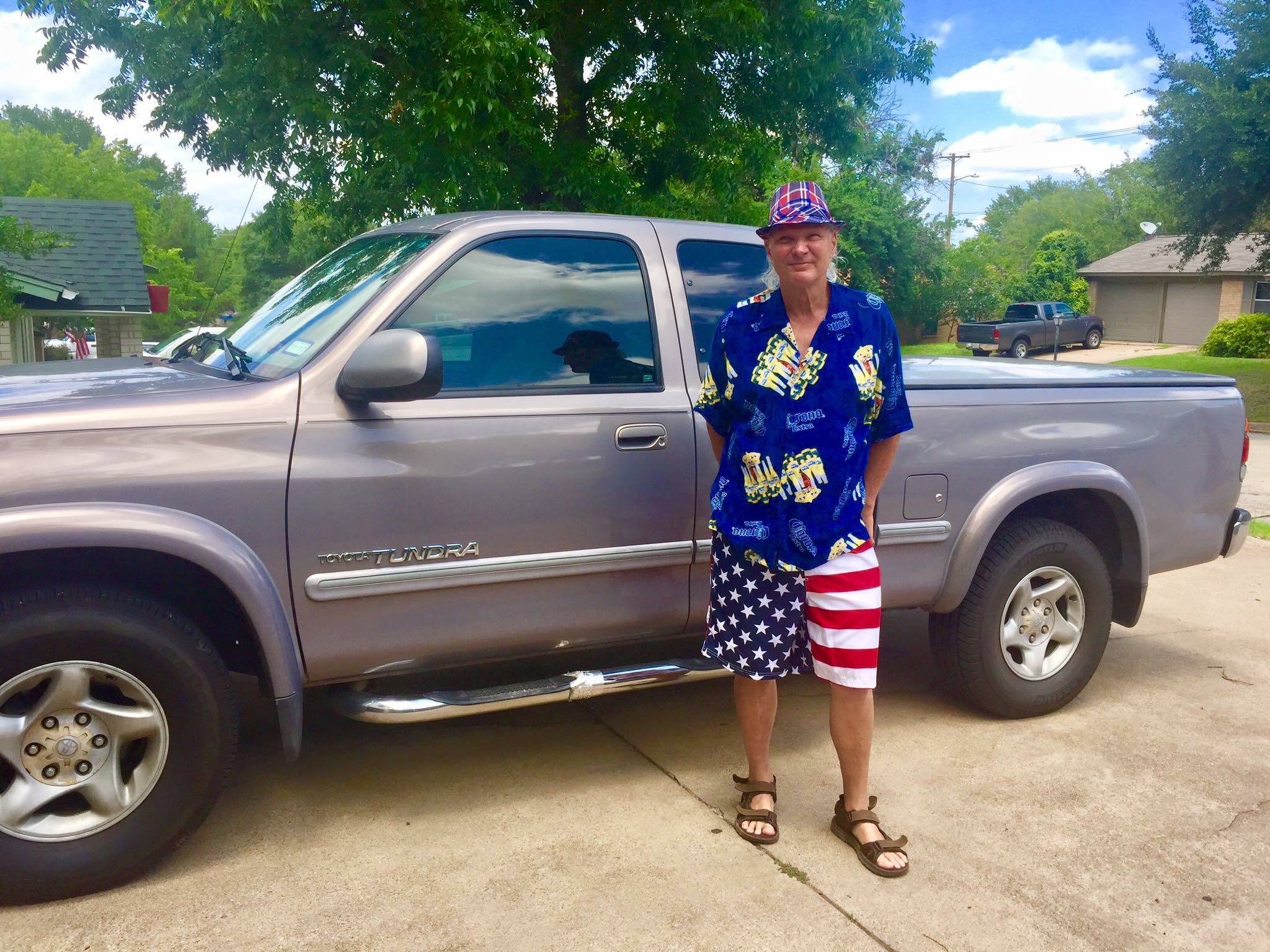 Steve Daniel is as funny as my twin sister and loves wearing crazy shorts and mismatching shirts. My sister, Cindy has given up trying to get Steve to wear what she wants.

Cindy loves digging through old barns for treasure among the trash. I don’t. The mice, the spiders and the cobwebs freak me out and, what if there’s a snake? 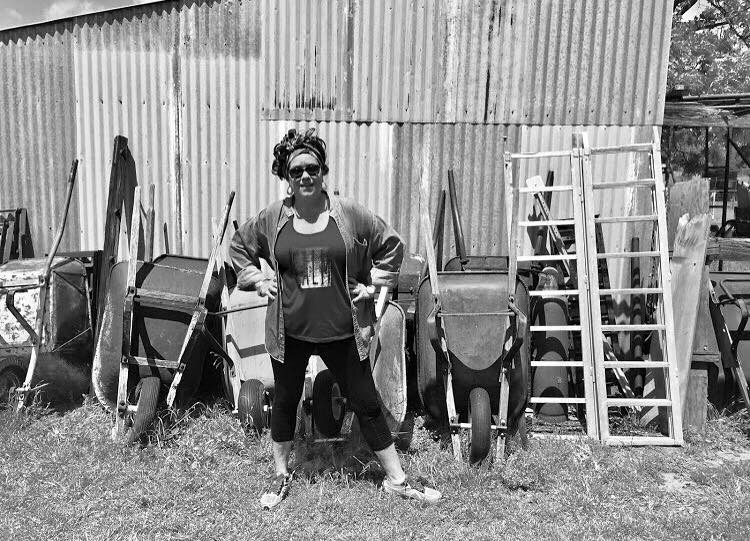 Cindy isn’t afraid of snakes or spiders and she finds some fairly interesting things in barns. If we are on location for an Appraisal Appointment, anything is fair game for a flip, swap or trade. If the proposed item won’t work, we continue digging to find something that will.

An old corscrew collection didn’t really interest me but Cindy was pretty excited about a drawerful of old corkscrews. “Some of those are worth money. If they have bronze tops or interesting sculptures, it could be a couple hundred dollars per corkscrew.”

Hmm, I had no idea of this but, Cindy specializes in smaller items.

I was wondering why anyone would collect corkscrews but, everyone has a passion for something.

The canes were also of interest to me along with the canoe since I wasn’t at all interested in digging through a box of corkscrews. Cindy and I always “split up” at Appraisal Appointments in order to cover more ground at a meeting. The photo of the dragon head came was interesting but the paint on the handle had worn which would affect the overall value. 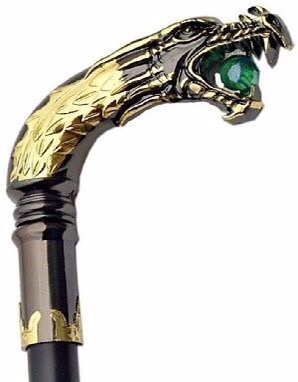 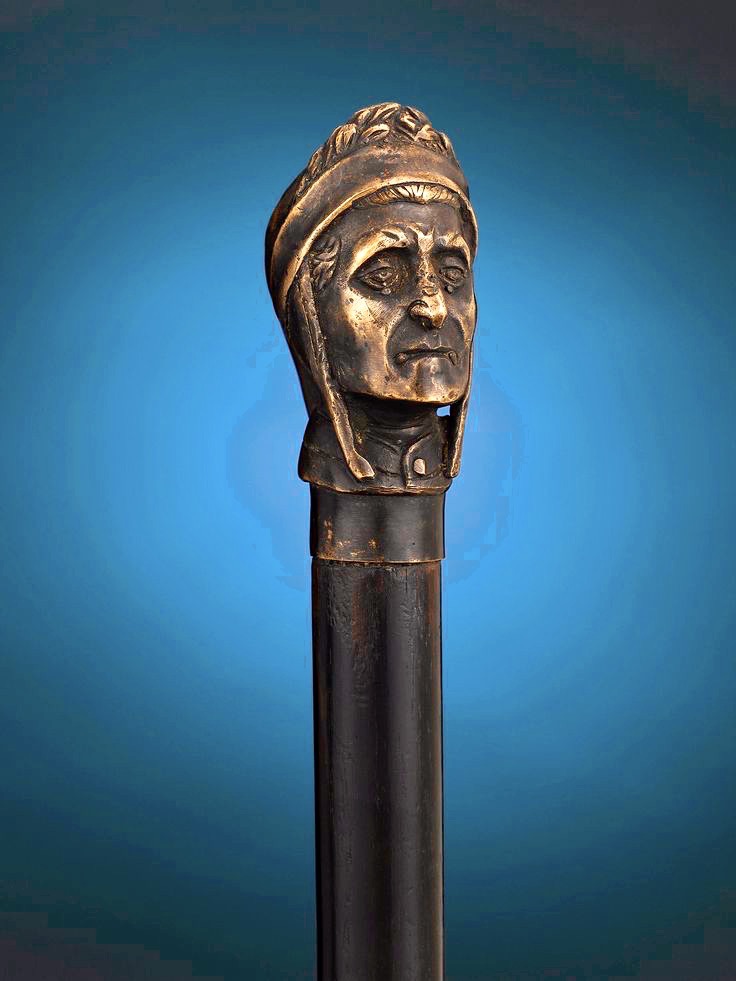 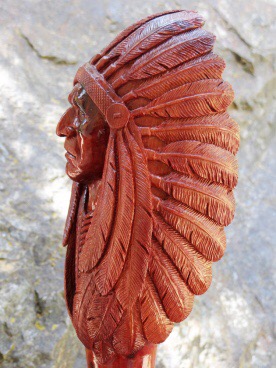 The Indian head cane was spectacular and I loved it. There was another cane but, the carving was of a nude woman which is why I’m not uploading a photo of it. My “haul” on this barter would be the Indian and Goddess Canes along with the canoe.

Finding Cindy whether it’s at an event or Appraisal Appointment can sometimes involve my supersonic hearing. When hearing her talking to a new friend on location fails, I keep looking. Cindy loves meeting new people on location and enjoys looking at their family photos too.

It surprises a few people that Pawning Planners Clients spend far more time with us than Texas Twins Events Clients but, there’s a reason. Appraisal Appointments are far more intimate than “run of the mill” client meetings. Why? We are in someone’s home while digging through their personal items to find something of comparable value to their event request. Hence the “intimacy.”

We are also offered iced tea or coffee and occasionally, breakfast, lunch or dinner depending on the time of day we happen to be at an Appraisal Appointment. Pawning Planners Clients are lifelong friends of the Texas Twins.

The Canoe, Cane and yes, Corkscrew Client is Bartering Photography, Bling Bouquets for the Bride, Maid Of Honor and Four Bridesmaids, a Wedding Officiant, and 14 Centerpieces. It’s a full day on location but, it will also be a fun one with my entire Texas Twins Events Team on hand due to the size of the guest list.

A few of my readers have asked about my dad and my niece, Stephaney. They are both still in treatment. Dad is at Wellbridge while Stephaney is at Sundance.

This afternoon, my husband found time for a break between my schedule of events and visiting dad to meet me for lunch. It’s so rare for my husband and I to have time for an impromptu lunch or dinner date.

Having two family members in treatment at centers forty minutes from one another has had Cindy and I running here, there and everywhere from Sundance to Wellbridge and we are both exhausted from daily visits that literally “suck the life right out of us.”

I told my husband, Matthew that my dad keeps referring to “One Flew Over The Cuckoos Nest.” Since I had never seen the movie or understood the reference, Matthew enlightened me. “It’s a great movie. This guy gets out of prison by pretending to be crazy. Hilarious adventures ensue and eventually the mean nurse gets even by giving him a lobotomy.”

I was horrified that my husband could find anything funny with an ending like that but, apparently “leading up to the lobotomy,” the patients have quite a number of escapades.

After visiting dad, I came home to get on the internet and research a movie that I had only heard about.

First, I answered all of my emails and brewed a cup of coffee. I found an article regarding the location for the movie and museum for Oregon State Hospital. Here’s the link– Cuckoos Nest Hospital Now A Museum.

My husband has never been to a Psych Ward in his life as a visitor or a patient and I’m guessing that most of the people who loved the movie hadn’t either.

Visiting a patient in a Psych Ward who isn’t crazy is the most awkward situation I’ve ever found myself in and let’s face it, after handling over 1,300 events including Prison Weddings, Cindy and I have both had our fair share of “awkward moments.”

Other patients wander around listlessly and often talk to themselves. Many patients are wearing unmatching pajamas or blankets wrapped around them.

At Wellbridge, dad and one other man about 60ish are the only patients not acting crazy. Ironically, they are both “in there” for shooting a gun in their home. My dad at raccoons, the other man? At squirrels. The irony isn’t lost on me.

Apparently, during the filming of Cuckoos Nest, Danny DeVito developed an invisible friend and concerns about his mental state alarmed the film crew. After realizing that the actors were staying with the patients for the three months during filming, I’m assuming that creating an invisible friend was Danny’s “coping mechanism.” He had no problems after leaving Oregon State Hospital which is why I believe that spending three months in a mental hospital away from home probably drove him to create his own friend. It makes sense to me anyway.

How could anyone stay sane surrounded by insane people for three months? I’m a visitor for an hour a day as is Cindy to my dad and how on earth my dad is staying sane surrounded by insanity is anyone’s guess. There is so much craziness going on around my dad at our visits that it’s often hard for me to pay any attention to him.

My dad is being released Tuesday and I’m in surgery Wednesday. We have no idea when my niece will be released and only yesterday finally got a call from her with her Patient ID Number. This “code” is important. Without it, you can’t visit or call or bring clothing, toiletries or cigarettes. Yes, I said cigarettes. My dad and my niece are both smoking because they can.

Apparently, Inpatient Adults are allowed to smoke and buying cigarettes for both dad and Stephaney is not an inexpensive endeavor.

Stephaney’s “brand” is $6.75 a pack. Dad is getting whatever is on sale since he gives away the cigarettes he doesn’t like to other patients.

Today, dad told me they now have a community cigarette area for patients who don’t have anyone bringing them packs of cigarettes. I’m surprised by this but, after two weeks of visiting dad at Wellbridge, nothing should surprise me anymore.

Cindy and I appreciate everyone taking the time to write to us about their own family members and the stress of having a loved one in a Psych Ward. It’s stressful, it’s expensive and, it’s something rarely anyone talks about.

My stepdaughter, Anne is also Bipolar as is my niece and Anne has been to numerous Psych Wards as well as undergone shock treatments. I find this fact alarming and terrifying.

When Anne told me about having shock treatments, I nearly fell over. At the time, I knew nothing of Psych Wards and had never been to visit anyone.

Years later, I know all too well that patients are fearful of “Booty Juice” or the “quiet room.” I’ve heard the terrifued whispers of other patients while visiting my father or my niece and know that many patients are terrified of a shot that knocks the patient out for 1-3 days. “Booty Juice” is a terrible slang term for a knock out shot often given to other patients behaving badly.

Finding a movie about a Mental Institute funny is the furthest thing from my mind because it’s far too close to the reality of visiting my dad or my niece for Cindy and I.

Like many of you who have shared your stories with us, we hope dad can go home soon and we hope that Stephaney can get back on her medication and we can all put this behind us.

My husband suggested buying Cuckoos Nest on DVD  “you should watch it. Right up to the sad parts, it’s absolutely hilarious.”

I’m guessing that if my husband had ever visited anyone in a Psych Ward, the humor would be lost on the stark reality of just how many people are living their lives in mental institutions run by the state.

Dad and Stephaney are lucky as they are both in privately run facilities. Sadly, for other patients who don’t have insurance, a state run facility is the only option they have.

Many prisons in Texas house mental patients. It’s sad but true that while in the 60’s a state hospital cared for the mentally ill that now prisons take the place of the hospitals before them.

For Stephaney, it’s her fourth visit to a Mental Institute to “stabilize” after getting off her meds and for my dad the first and only time. My dads hoping to never return and, who could blame him?