Steve is a truck driver but he’s (when he feels like it) occasionally a fairly creative inventor when he wants to be.  I’ve never met anyone like Steve he thinks of “quick fixes” that would never occur to most people! 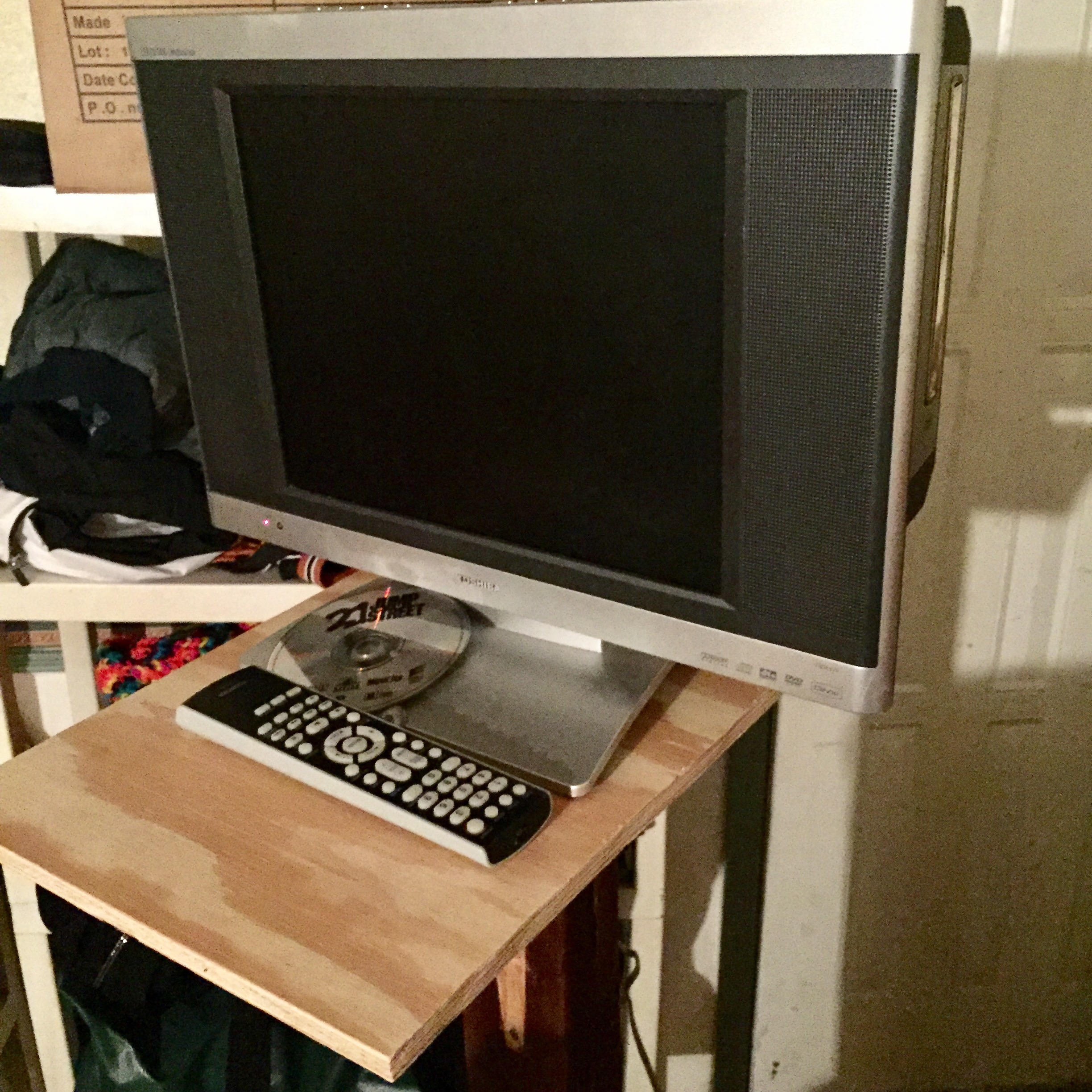 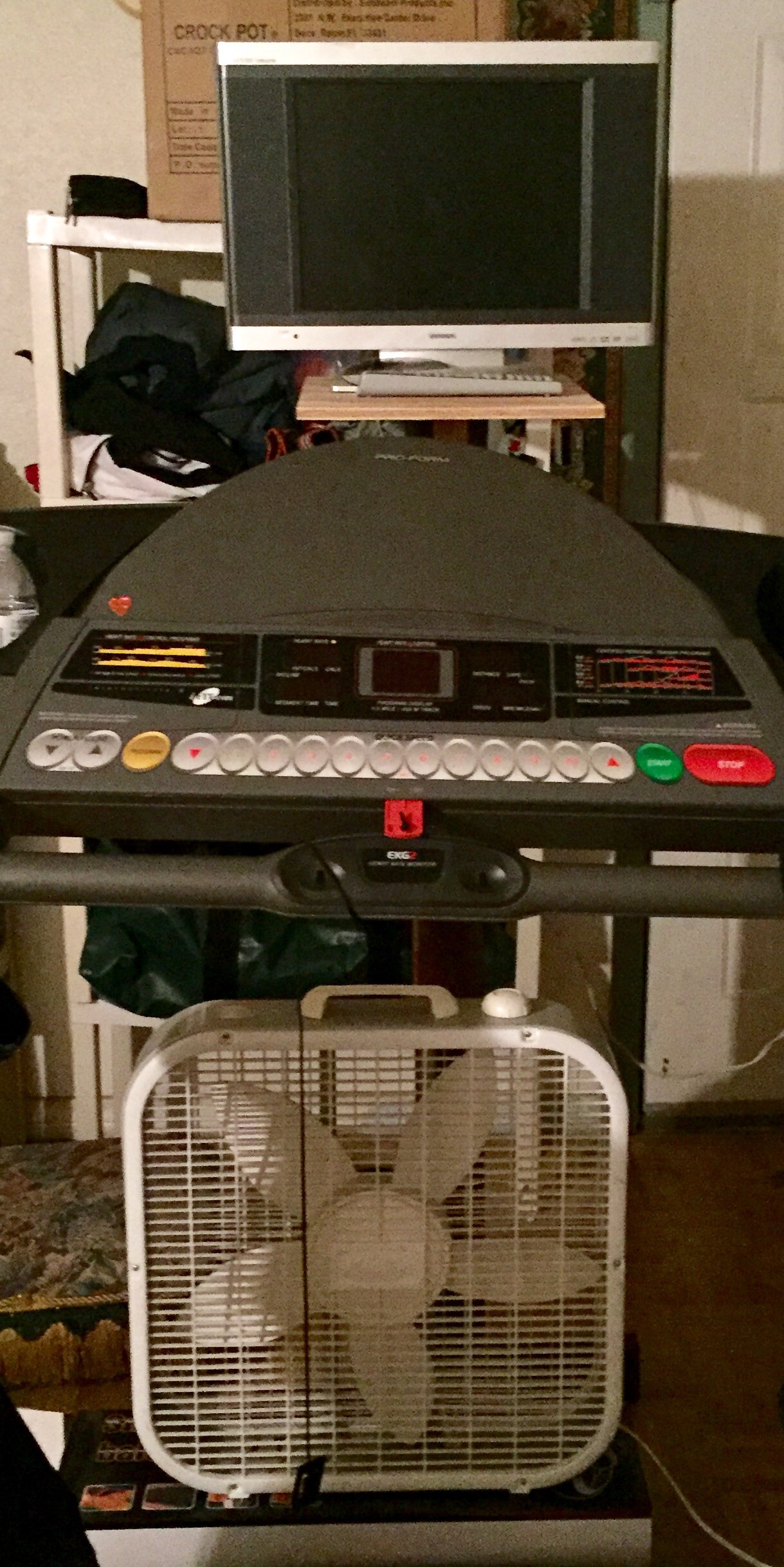 Steve loves going to events with us and although my twin sister wishes he would get a hair cut or wear matching clothes- he doesn’t!  Steve is a hippie of sorts and never throws anything away because “he might be able to use it for something.”   Steve has never met a stranger and has been a truck driver most of his life.  He gets along best with hillbillies and country folks. 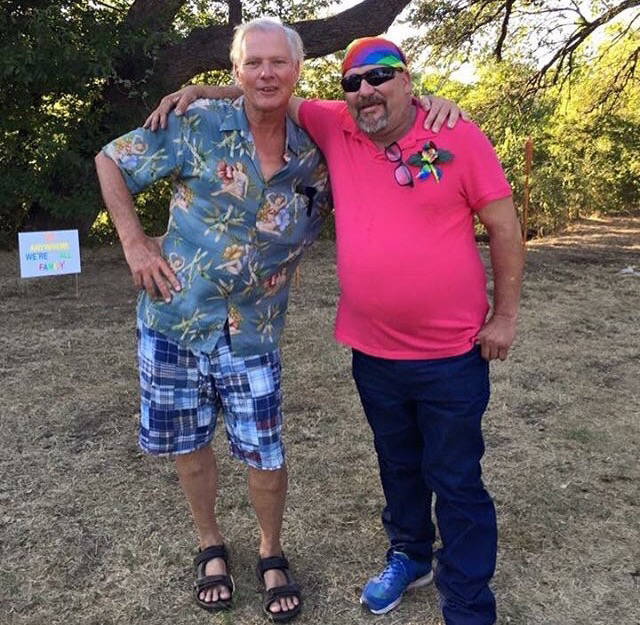 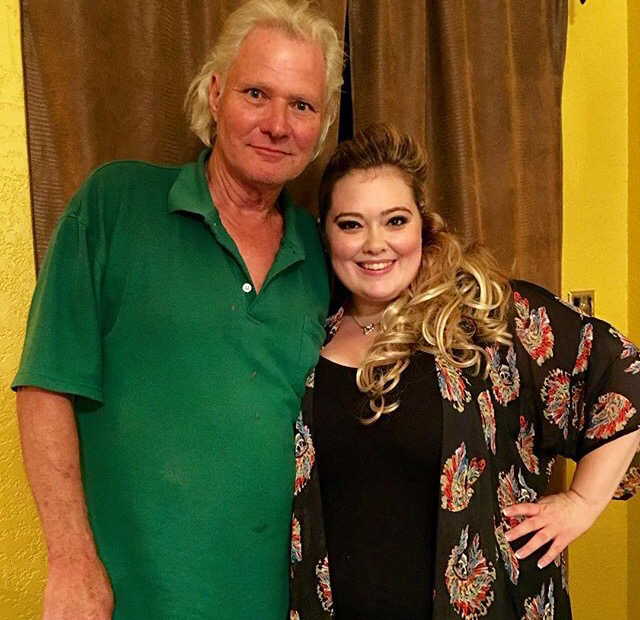 My brother in law’s joy in life are his three grandchildren aka The Little Pawners or “his littles.”  If the twins need something- Steve will drop everything to fix it but if Cindy wants him to do something around the house, he disappears. 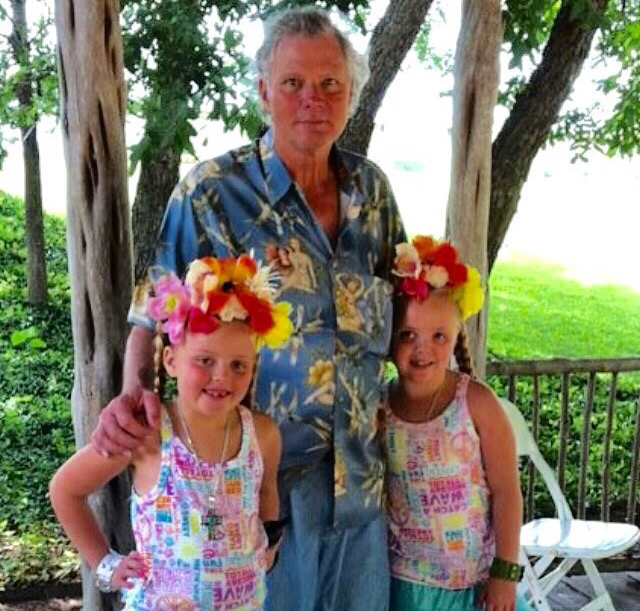 Cindy has replaced floors and painted most of the house herself.  When the fence fell down due to strong winds- Cindy grabbed tie downs and fixed it herself.  My sister has pretty much given up on getting any help around their home from Steve but (like me) is often amazed at his latest invention.

When Cindy and Steve married 25 years ago, he knew that spending a lot of time with me was part of the deal and has been the best brother in law I could ever hope to find.  Steve was a Hazmat driver at Camp Anaconda for KBR when Cindy told him their daughter was pregnant with twins at 15 years old.  Like everything else in his life, Steve “looked on the bright side” but knew coming home to help out wouldn’t be possible due to the lack of jobs 12 years ago in Texas.  We sent photos every week and kept him updated on our latest adventures with two sets of twins back home as he waited for the economy to recover and finally come home after 7 years in Balad, Iraq as a contractor.  Steve came home twice a year back then so Cindy did everything she could to fix whatever was broken while raising her grandchildren. 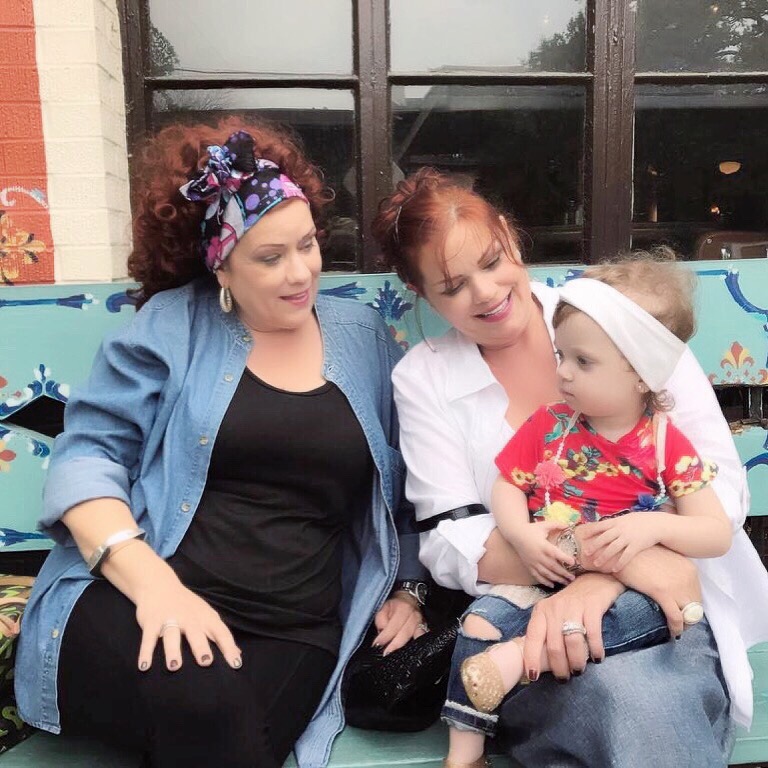 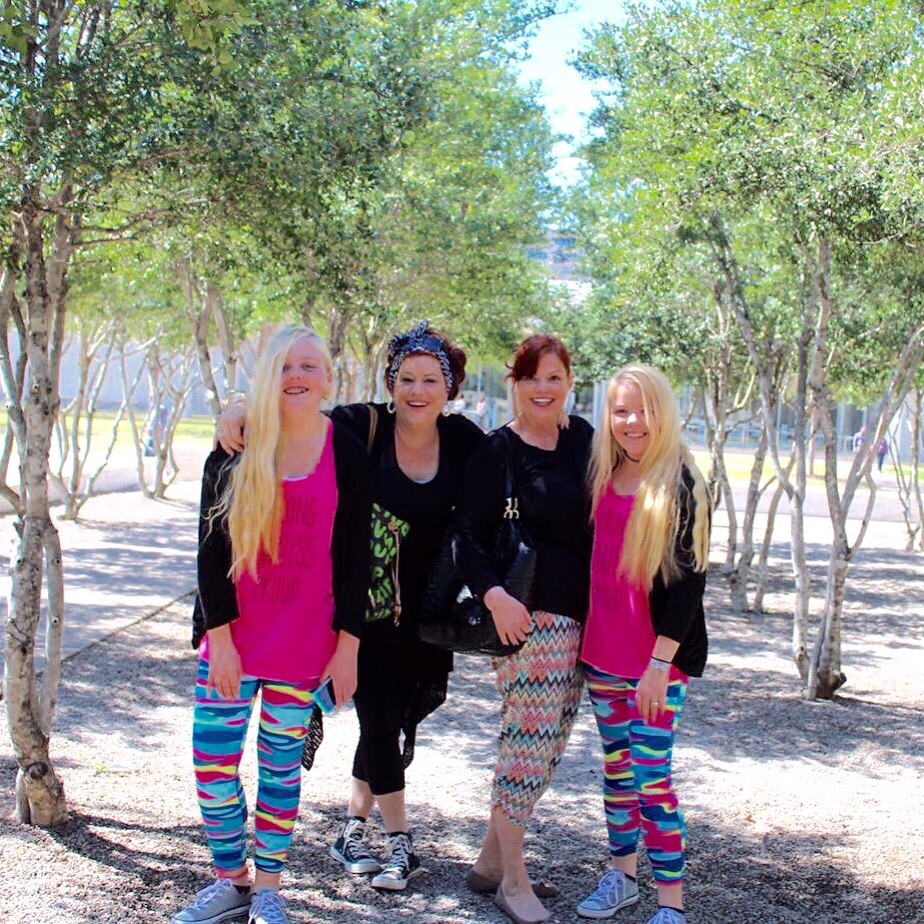 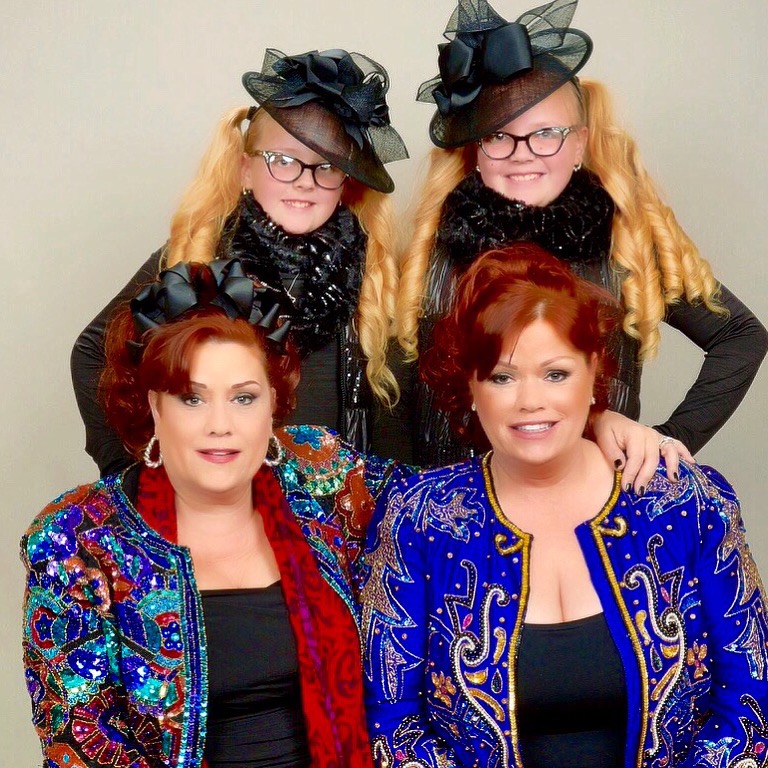 Life has never been easy for Cindy and Steve- they are hardworking and committed to raising their granddaughters and giving them the life we never had for ourselves.

My sister calls herself a hillbilly because “they don’t have a lot of money and have to figure it out anyway!”

For most of our lives, Cindy has sacrificed to give her children and grandchildren everything while buying nothing for herself.  Why?  Well my twin sister has raised two generations of children and grandchildren without any child support!  Cindy is always amazed when someone complains about not getting enough child support because at least they are getting something!

My twin sister recently told me that she was offended after hearing about a book detailing the trials and tribulations of having one Boomerang Kid at home by telling me “what’s that lady complaining about?  I have two adult kids and three grandchildren under my roof and trying to get any of them to help me is like looking for a needle in a haystack!  That lady wouldn’t know true conflict and chaos if it hit her in the face.  Hell, I’m living it everyday at my house with a husband that disappears everytime I need something around here!”

One of the reasons that Cindy loved meeting clients and doing events along with refurbishing trades with me is that it gets her out of her house.

We see each other nearly everyday and I’ve got to admit that Cindy is the Queen of Comedy- she can take something that wasn’t funny at all and turn it into something hilarious.  When I told her about my idea to add Pawning Planners Apparel to my inventory, Cindy looked right at me and said “let’s add my #Cindyisms cause I’ve got a million of them!”  Cindy also writes her own blog-Cindy Daniel Has Something To Say About Everything! 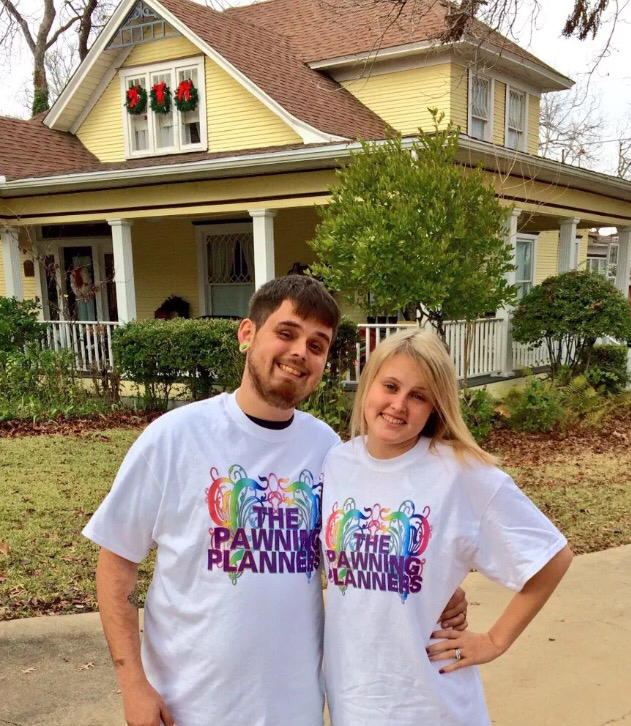 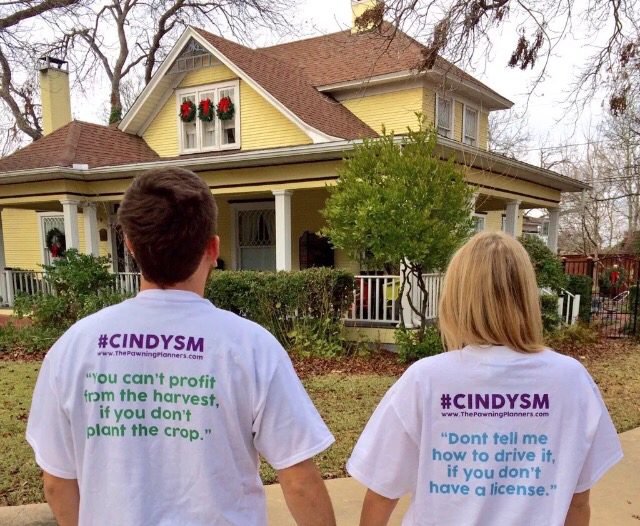 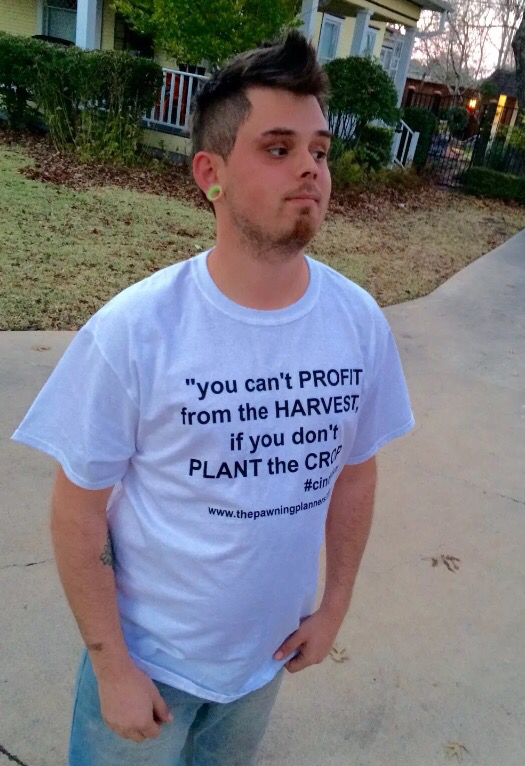 From backseat drivers to her family members complaining about what’s for dinner, Cindy turns chaos into comedy.

Hillbillies are probably our most interesting clients and Cindy loves meeting new friends on location so opening a window for us to spend more time together and get her out of the house has become one of the most unique and unexpected journeys that we could have ever imagined. 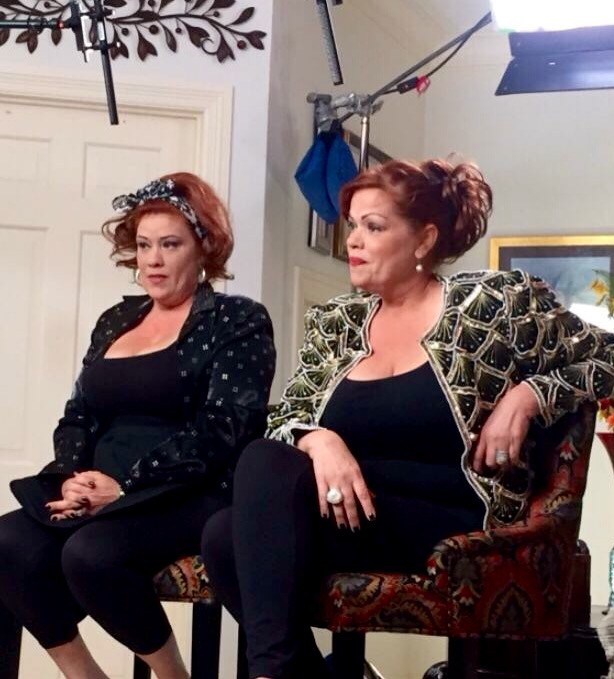 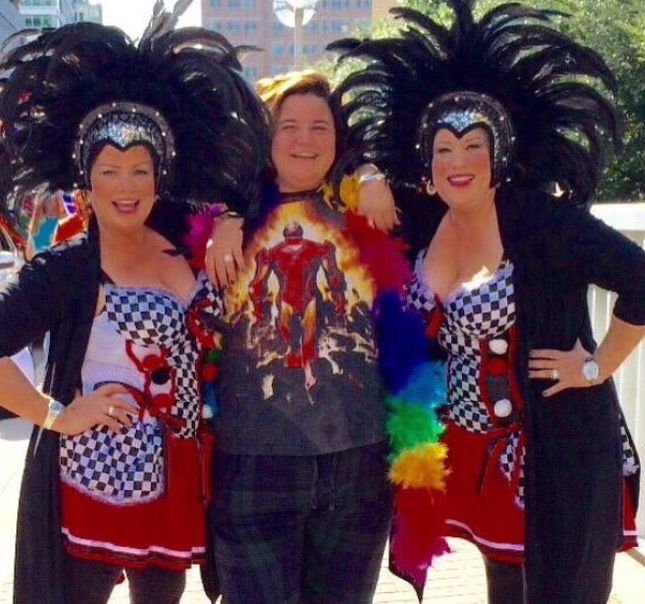 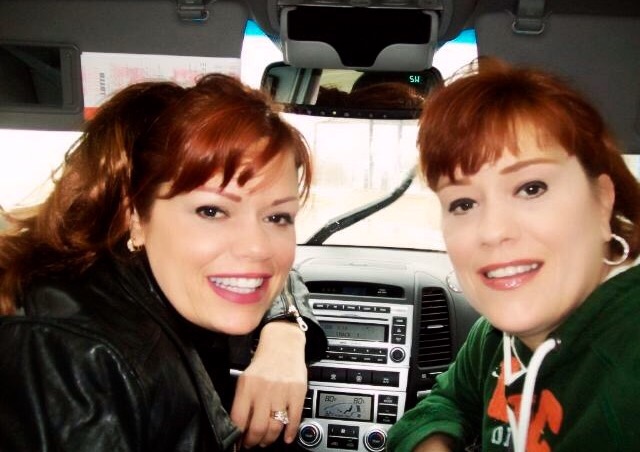 Creating an opportunity for anyone to enjoy a Dream Event?  Why not, we understand the issues our crazy clients face when trying to find, plan or fund a Dream Event.

Our backgrounds, hurdles, and perseverance taught us to do this or that or whatever it took to keep on trucking- we aren’t quitters.

My initial plan to start a low cost wedding and events business needed funding so I started selling refurbished trades at Texas Twins Treasures to pay website development and advertising.

Yesterday Cindy sent me photos of Steve’s latest Redneck creation that had me spitting out my coffee!  I never know what my brother in law will come up with but it will always be a creative adventure on saving money!  Steve hates spending good money when he can transform these chaises with less than $8.00 on materials. 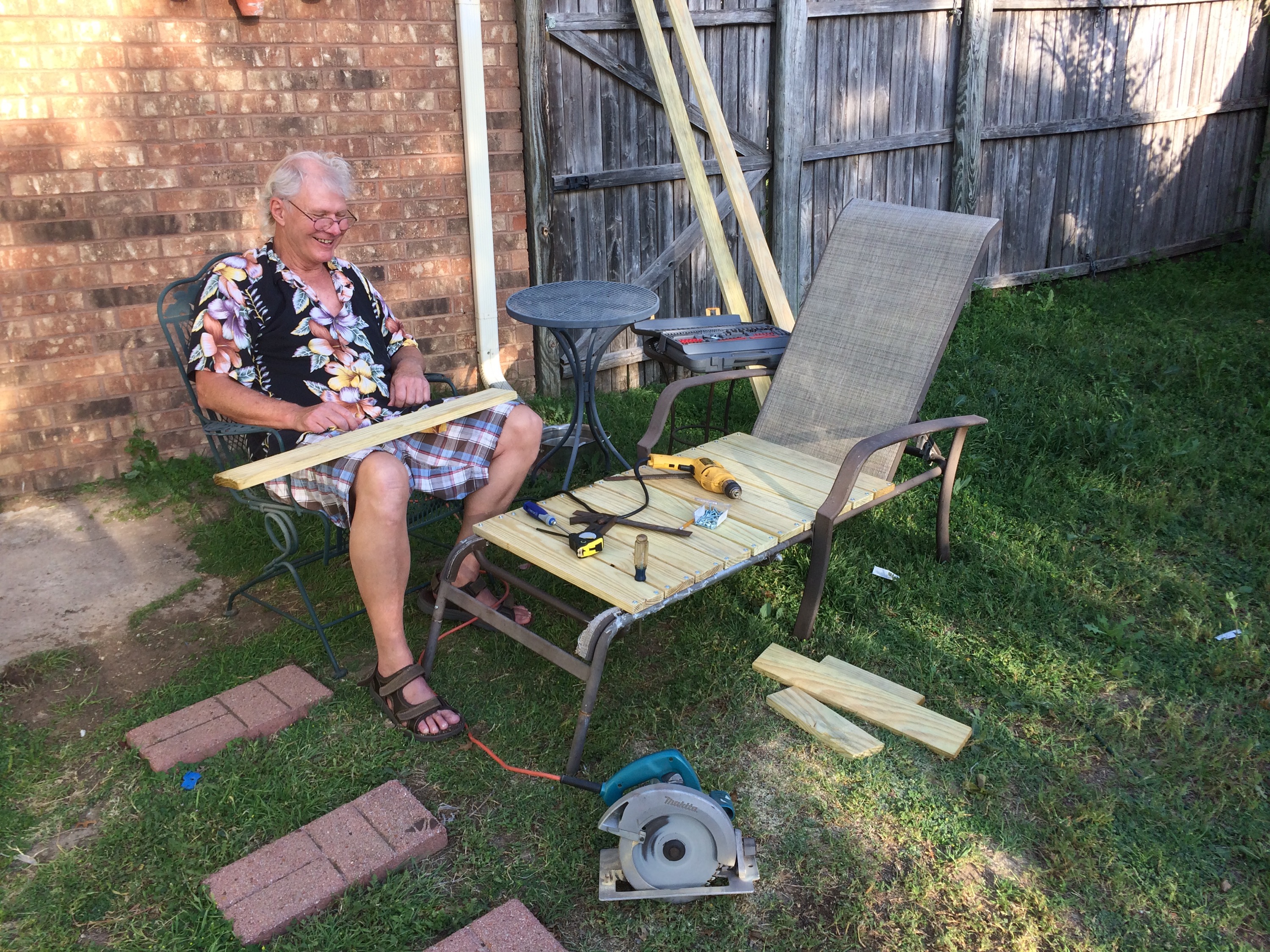 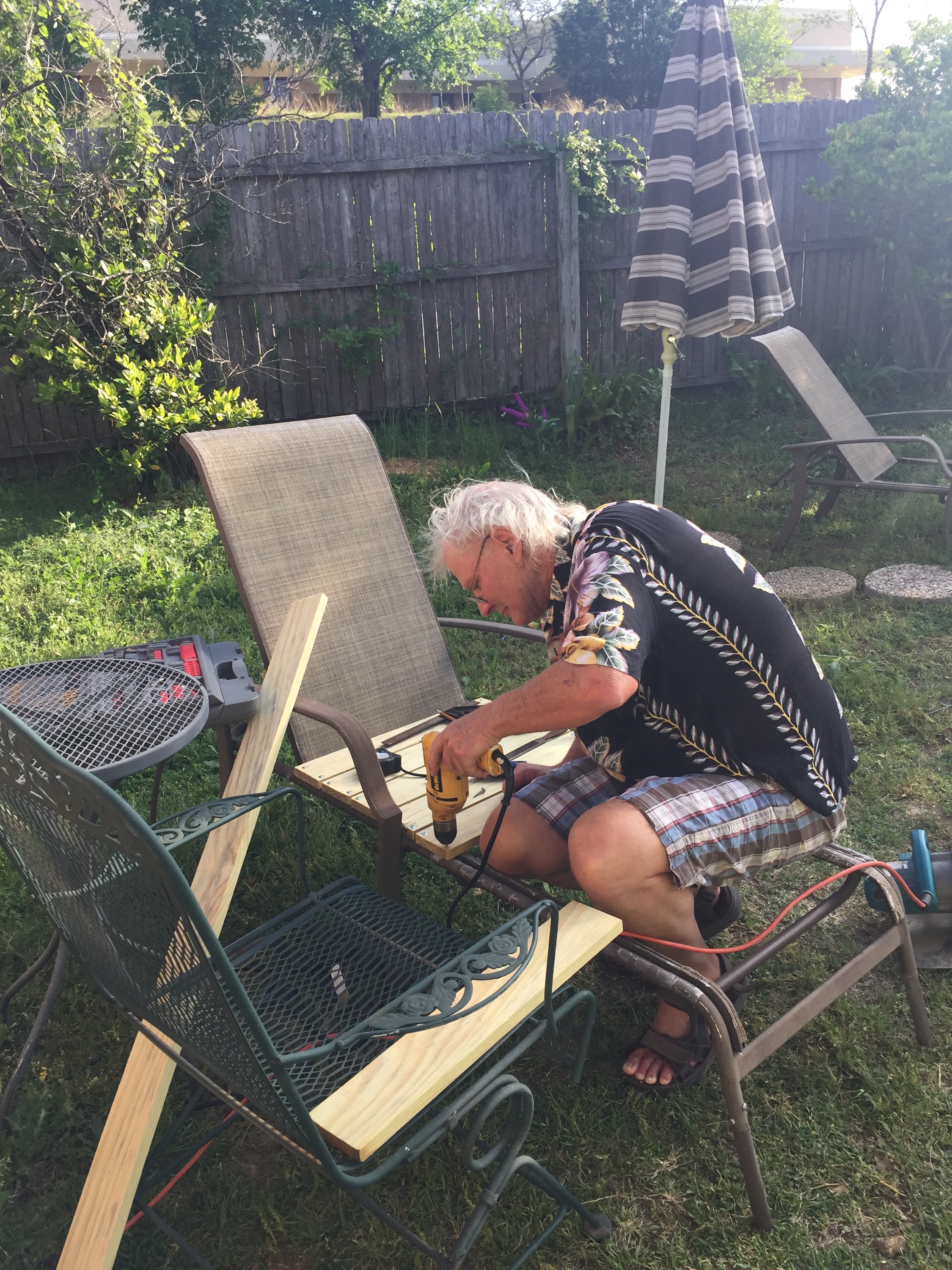 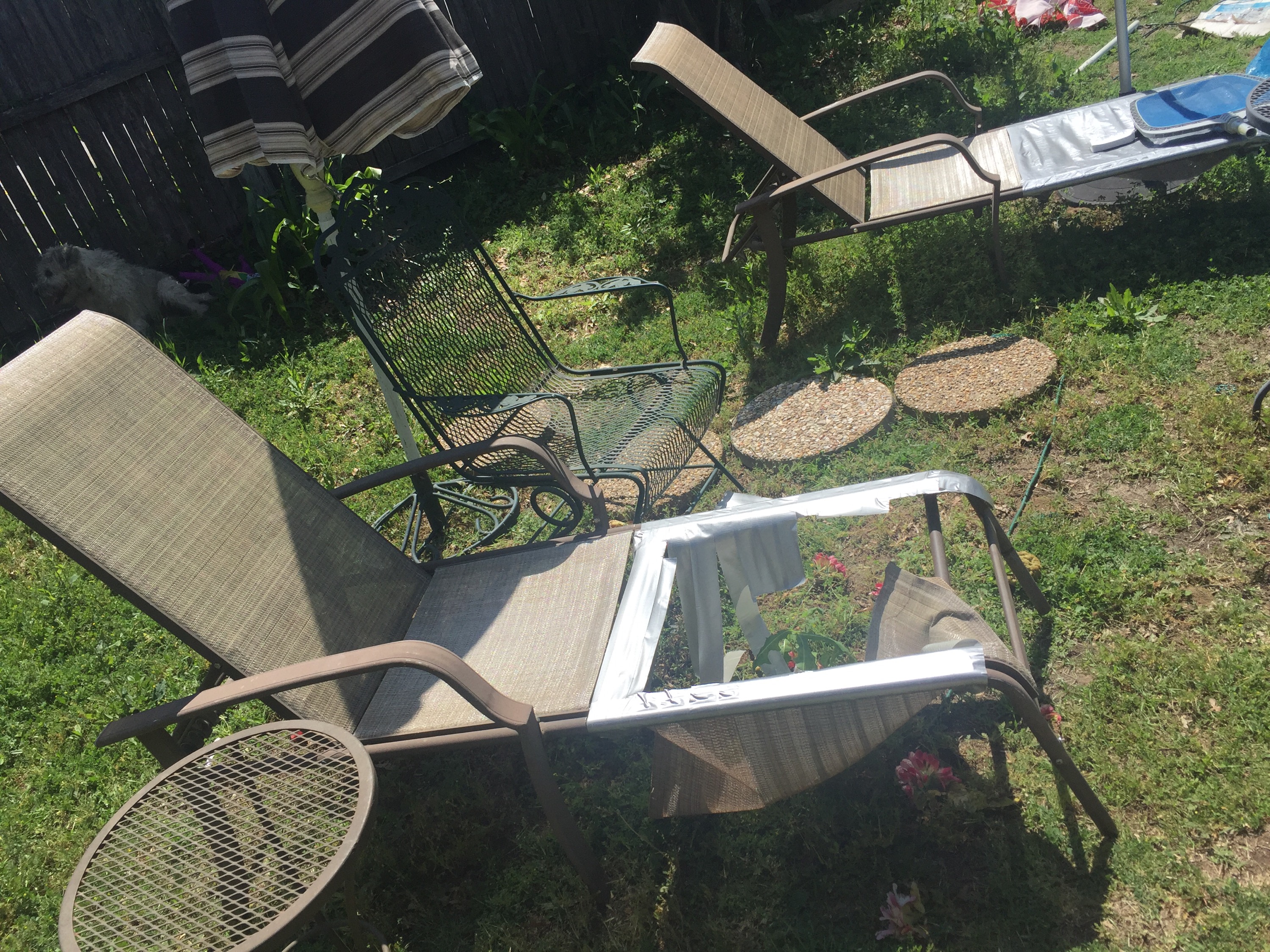 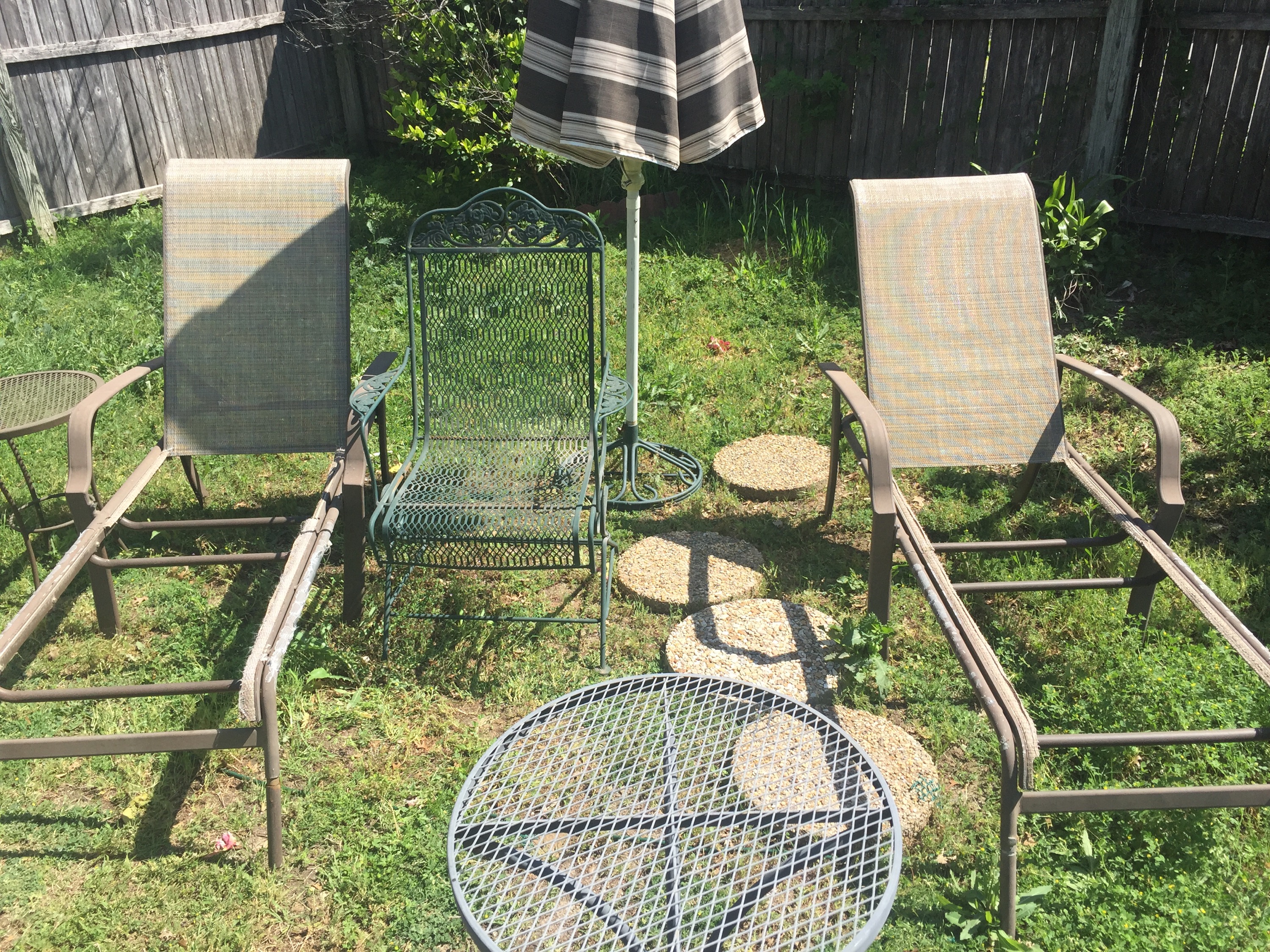 Blending Texas Twins Treasures & Texas Twins Events to create The Pawning Planners wasn’t “easy” and it didn’t happen overnight but can’t never could and eight years after opening my Ebay storefront for Texas Twins Treasures, my journey shared with my twin and our entire family continue to give us memories and adventures that we will never forget…we may be different but we are real and openly honest about where we were, how we got here and where we are going.