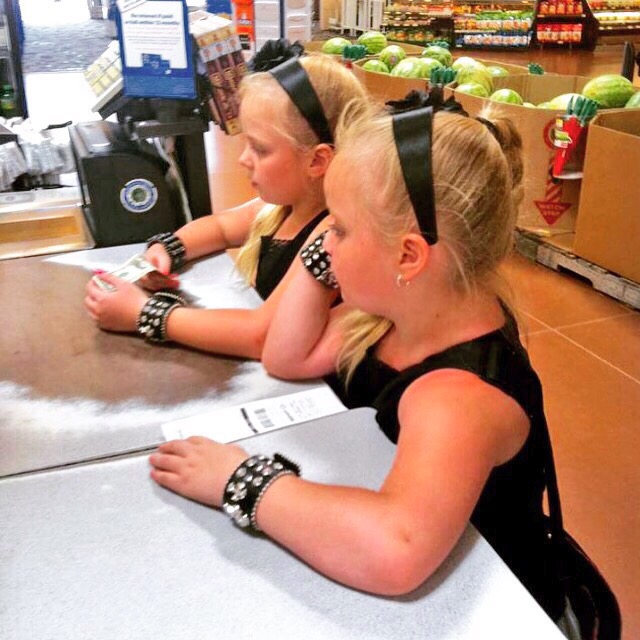 Yesterday my son called me about trading his sofa and love seat for a multi unit entertainment seating sofa.  He had located it on a new app called 5 miles and was planning to drive over an hour to go “trade out.”  I asked if he was taking a blue light to check for bed bugs since Cindy and I always do prior to shaking hands on a trade.

Knowing my opinion would be trumped by Stephanie, I told Cindy that she had once again “nailed it” with her favorite #Cindyism Quote “Not my luggage- Not my trip!” After viewing photos of a sofa that had seen better days, my suggestion was to keep looking.

Believe it or not- we’ve turned down a trade that had fleas or bedbugs more than once.  Checking furniture prior to bartering is as important as knowing the value of your trade or the value of whatever you’re trading.

Compensating personalities extend beyond my twin sister and our twin granddaughters.  My entire team have their own views and opinions but Cindy and I are a unique blend of Serious & Silly that this blog explain-Wendy And Cindy- Twin Sisters With A Twist!

All of our kids have a cynical sense of humor and it’s usually directed at each other.  Occasionally, this cynicism is directed at Cindy or I.  My son didn’t want “furniture from the 1800’s like at your house.”

Well parents- we may want to start liquidating our homes before we die because I’ve got a feeling my son won’t be interested in my home furnishings!  Chances are that your children won’t want your treasured heirlooms either which is why we stay busy with Estate Liquidation Services year round.

I’m not a big fan of those sofas with drink holders and probably not the best person to give an opinion but since I was babysitting Madyson while Leigh Ann went to get her nails done, told him to come over for lunch and help me move the beautiful recliner I had bartered to replace the ratty and embarrassing recliner my husband adores and while I had effectively “lost the battle,” I needed my son’s help to move it downstairs.  My son didn’t like the beautiful leather recliner either- I must be the only one with good taste around here.

Dang it- I wish this beautiful recliner would’ve replaced my husbands ugly one but I was foiled again at my attempt to get rid of the only piece of ugly furniture we own! I know a “good flip” when I see one so trying to get Matthew out of his junky recliner and knowing the possibly of him not going for it- this beautiful Drexel Heritage piece will be listed at Texas Twins Treasures and most likely will sell quickly.

A few weeks ago, Cindy and I thought a faux LV purse was authentic- it wasn’t.  Everyday is a learning curve for The Pawning Planners ya all.

The Bartering Business is not without risk.  If you don’t know the value of what you are trading for, you could easily lose money and on a few occasions, I have!  The fur coat flop wound up costing me nearly $400 in event services when I traded for what I believed to be a fox fur coat that turned out to be beaver.

Then there was the infamous trade for a passenger mirror at the junkyard in exchange for a wedding ceremony that “looked like a good deal” until I was driving down the highway and the mirror fell off.  My husband quickly grabbed the duct tape and “hooptie repaired” the mirror portion until I could order a replacement on eBay. Driving to an Appraisal Appointment with my homemade mirror was pretty embarrassing but it worked!   Duct tape is a staple at events and our homes.  Cindy’s husband uses it for nearly everything too and I once used duct tape for a rope to tie down the back of my SUV to haul a sofa home that I took in trade and sold less than a day later because I know a treasure when I see one.

But, on occasion, I underestimate the cost to refurbish items like the two beautiful Queen Anne accent chairs listed in my Texas Twins Treasures inventory.  Foam and fill aren’t cheap either so when you add upholstery and labor–occasionally, your “flip becomes a flop!” 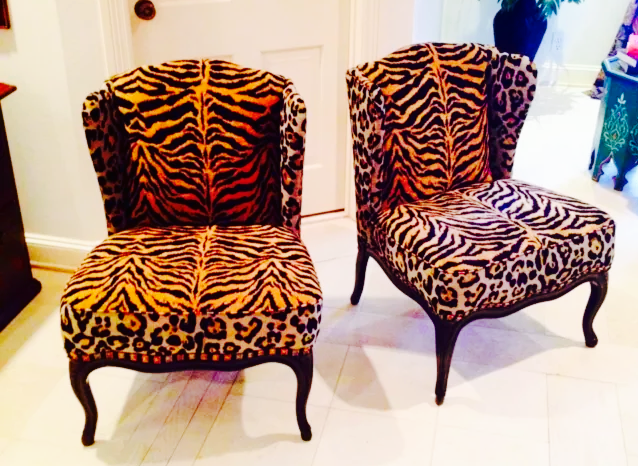 After looking at the photos of the sofa my son wanted to trade for, I tried to talk him out of it but his wife, Stephanie, had decided that when they moved last month- their old loveseat and sofa would stay in the garage so my son was anxious to get something for the living room and make Stephanie happy.  What else is new?

My taste and my daughter in law’s never mimick each other and although my husband rarely challenges my ideas on home furnishings, his ratty recliner has been a fixture in our home for years.  I’ve tried everything to get rid of it.

A few years ago, the Little Pawners wanted hover boards and we worked a deal by paying half and trading the balance to get them the one thing they wanted for Christmas.

Within a month, they decided that their bikes were far more fun and the hover boards can be found under tables or beds- discarded.  The twins had fun with them but let’s face it, the hover boards were a fad that quickly lost the spark.

While Robert was eating lunch and asking about our scheduled events, he asked about Leigh Ann and why we were babysitting. I knew that telling him she was getting her hair or nails done would get me an eye roll but “threw it out there” anyhow!

Madyson had been having a great time running around and chasing Foxy Wortham and was taking a nap on my ottoman when my son asked (again) how long Leigh Ann planned to stay home and, if she planned to join us at events since “Leigh Ann has hardly attended any events with us in the last 6 years and I think it’s a little late to be part of the team.”

My son and his wife have traveled here, there and everywhere since I started Texas Twins Events and are constantly complaining that Leigh Ann is on my websites without “earning the privledge.” 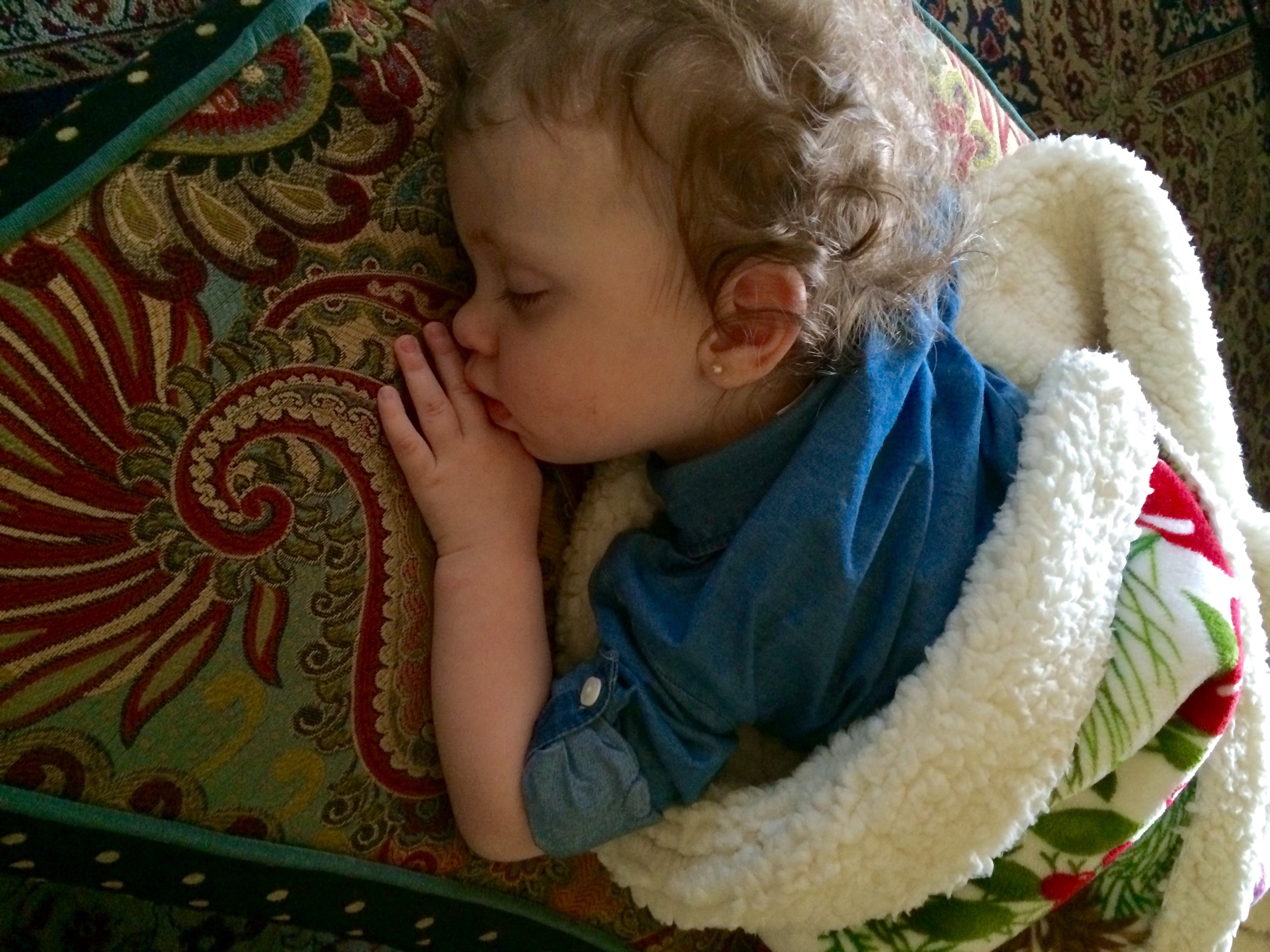 The battles between my son, his wife, my niece and her sister continue to be a problem for Cindy and I.  My recent blogs give you an “inside look” at the problems Cindy faces with both of her adult children and all three of her grandchildren under one roof-Five Female Fighting? The DanielDiva Diaries. 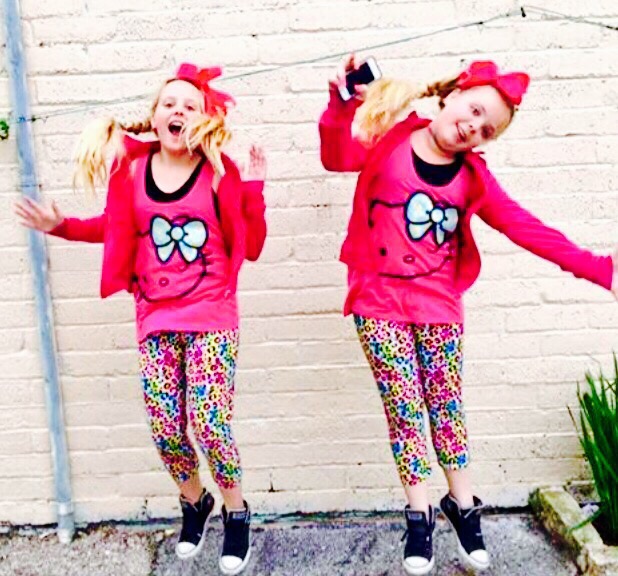 My sister gets some of her best #Cindyism quotes from the family conflict that her boomerang kids bring.  For over a year Cindy enjoyed the “empty nest” lifestyle of having only her twin granddaughters and husband at home.  Although Cindy and I often laugh about the drama, sometimes Cindy cries about the stress of trying to keep everyone happy except herself.

About the only time my twin sister is “care free” is when she is with me.  Her home life has her husband asking where this or that is while her adult children argue in the hallway and her grandchildren need her attention.

My twin sister is effectively “torn in every direction” and overwhelmed because the only help she gets with housecleaning and laundry comes from me.  She needs a break from the drama that a visit to my home (ratty recliner and all) bring. 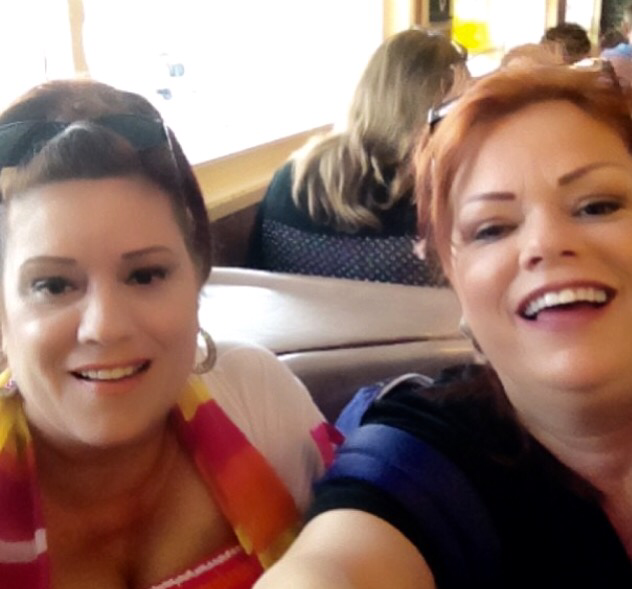 We “keep it calm” at WorthamWorld and have a drama-free zone.  In fact, when my son or nieces come over, we don’t allow bickering or backtalking from them regarding so and so or whatever the topic may be regarding their “snarky siblings!”

Cindy and Stephanie Hafele (my daughter in law) have not been speaking to each other since their argument prior to my sons move.  This conflict makes everyone uncomfortable!

Thank Goodness the battle at HafeleHouse happened after the holidays because everyone comes to my home for celebrations and this rift would make my drama free zone a war zone!

Normally when there is a falling out around here- I’m the fixer but Stephanie is a self proclaimed “princess” and the argument was based on everyone packing, moving and cleaning HafeleHouse except Stephanie!

My friend Angela was with Cindy and I packing and cleaning while my son was at work and his wife laying on the bed and my sister “lost it” and gave her a piece of her mind.  Two months later, the “war” wages on.

The problem is that I have upcoming events scheduled and my son and his wife normally handle the photography.  Since Cindy and Stephanie aren’t speaking- my sister has decided that she will do photos with my son and “to leave Stephanie at home.” What is a mother to do when everyone refuses to get along around here?!

I’ve got to admit that on occassion, some of the bickering and jabbing are based on truth because we have a few Inlaws and Outlaws ourselves around here and I’m fairly certain that my daughter in law deliberately found a new home thirty minutes from me.  Their previous home was three blocks away and the term “Meddling Mother” was created for me by my daughter in law!

For the past two months, my daughter in law has complained about “not being invited” to events when she saw a post of us at a wedding, birthday party or other event on FB. 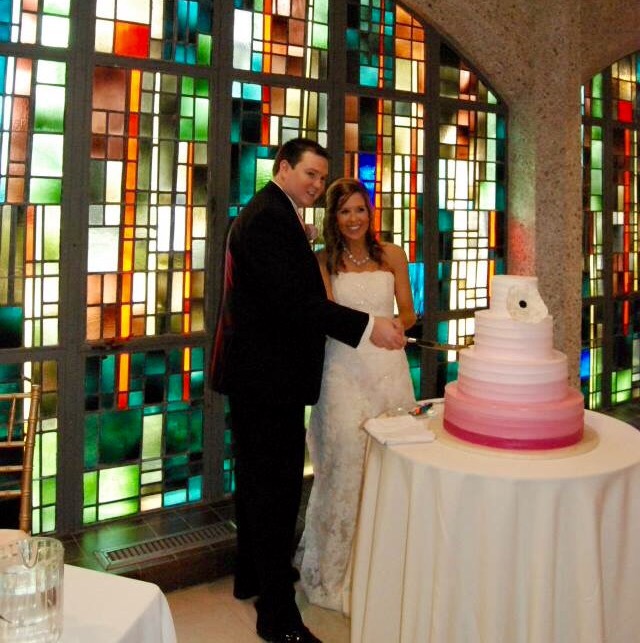 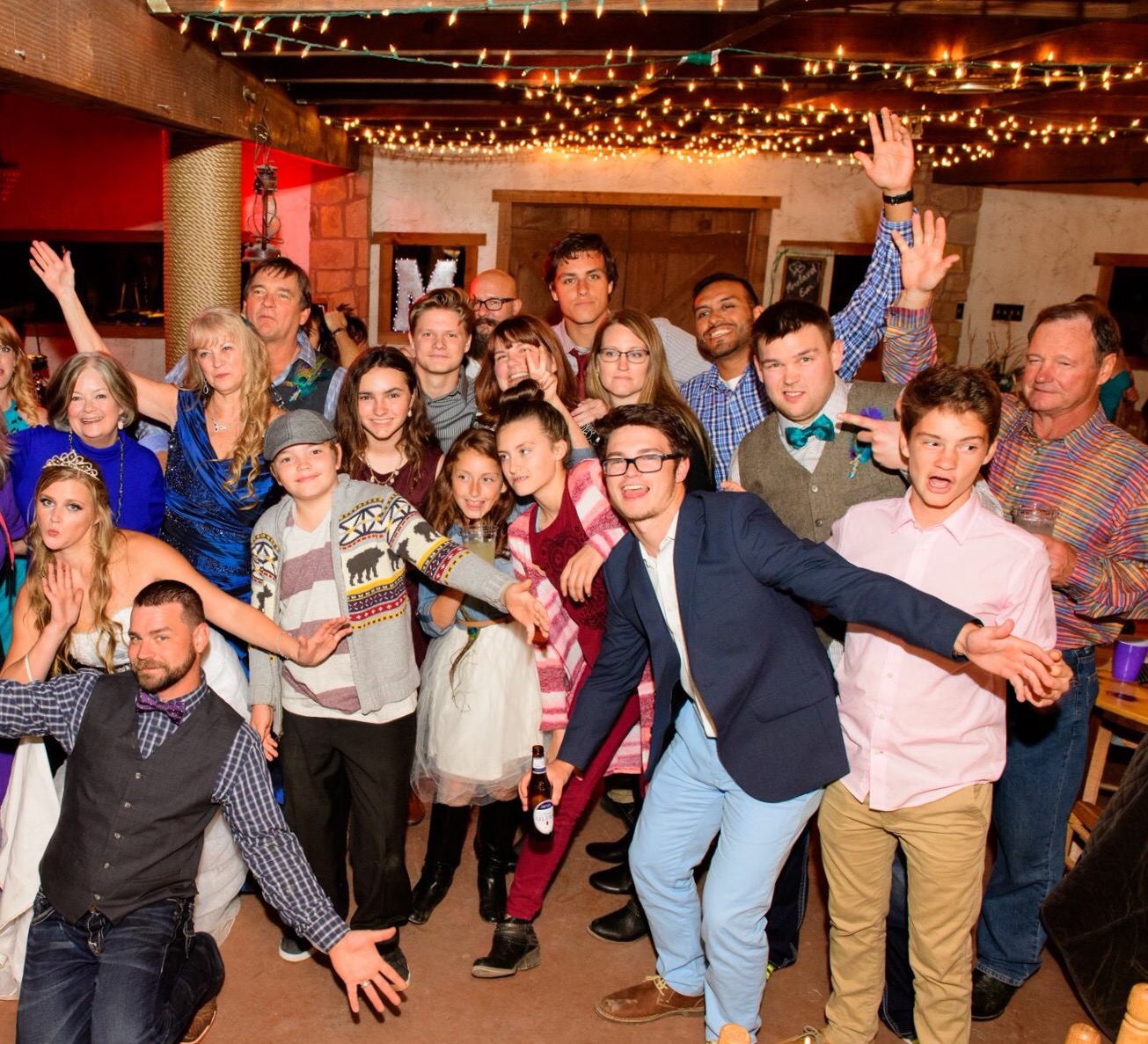 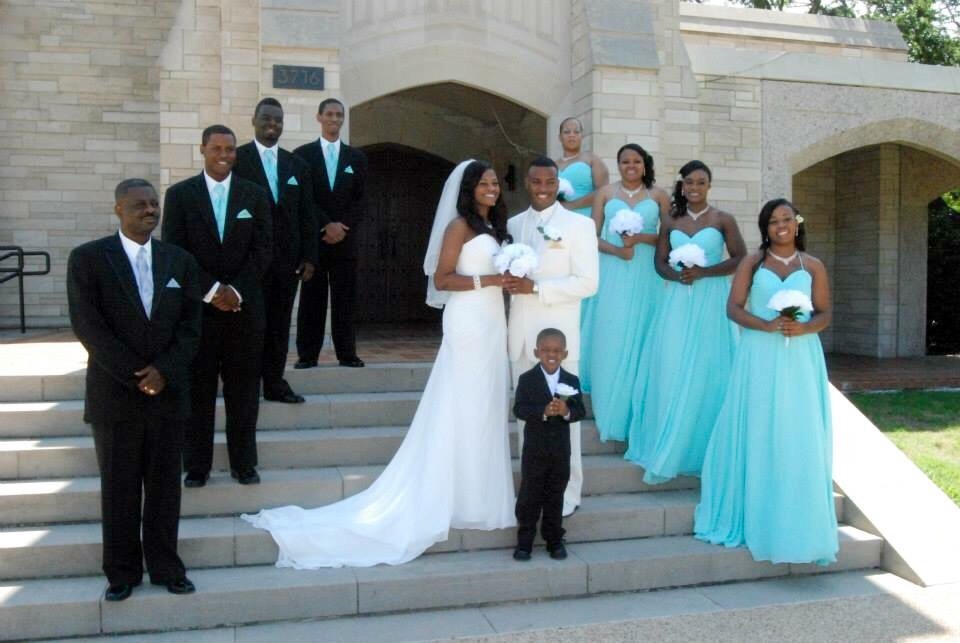 Stephanie considers herself to be “the best photographer on the team.”  However, Cindy was the first photographer for Texas Twins Events and my son really enjoys working as a photographer for me.  All three of them do a good job with photos and although I try to “mend this broken fence,” I’m not a magician.
Getting Stephanie to apologize to Cindy “might” fix things but Stephanie thinks Cindy needs to apologize for calling her lazy- this will never happen!  Cindy has the perfect #Cindyism to sum up Stephanie- “Just like a blister, showing up after all the work is done!”

A few months ago at the Carswell AFB wedding, Stephanie said she could’ve done a better job but the truth is lighting was a problem and although we had two racks of rolling lights, the Tarmac was fairly dark and I thought my son did a great job handling photography with Cindy doing the video. 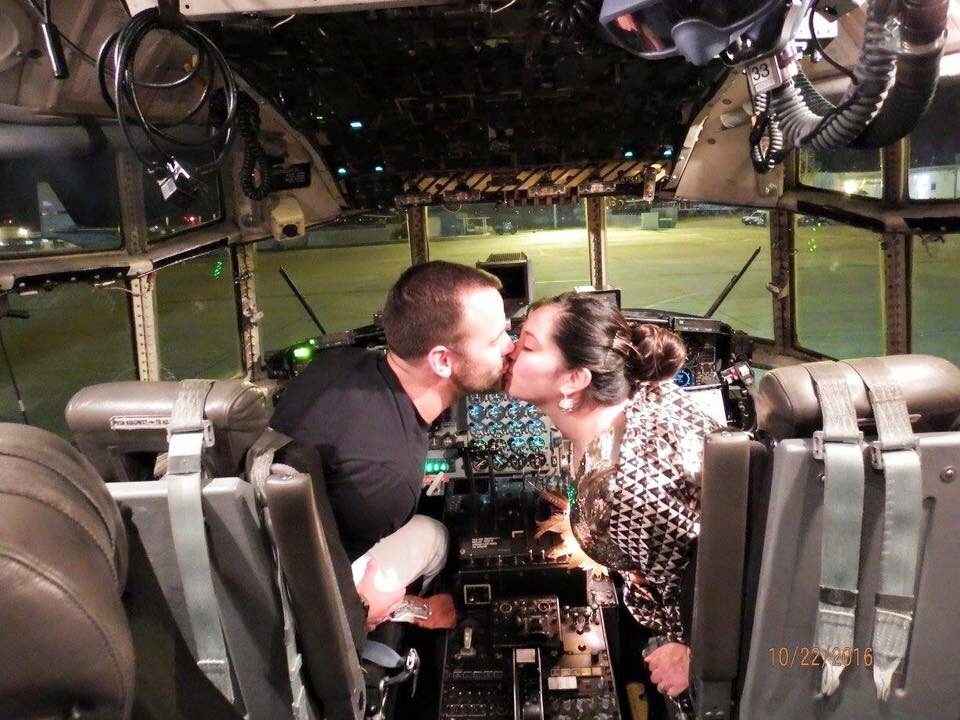 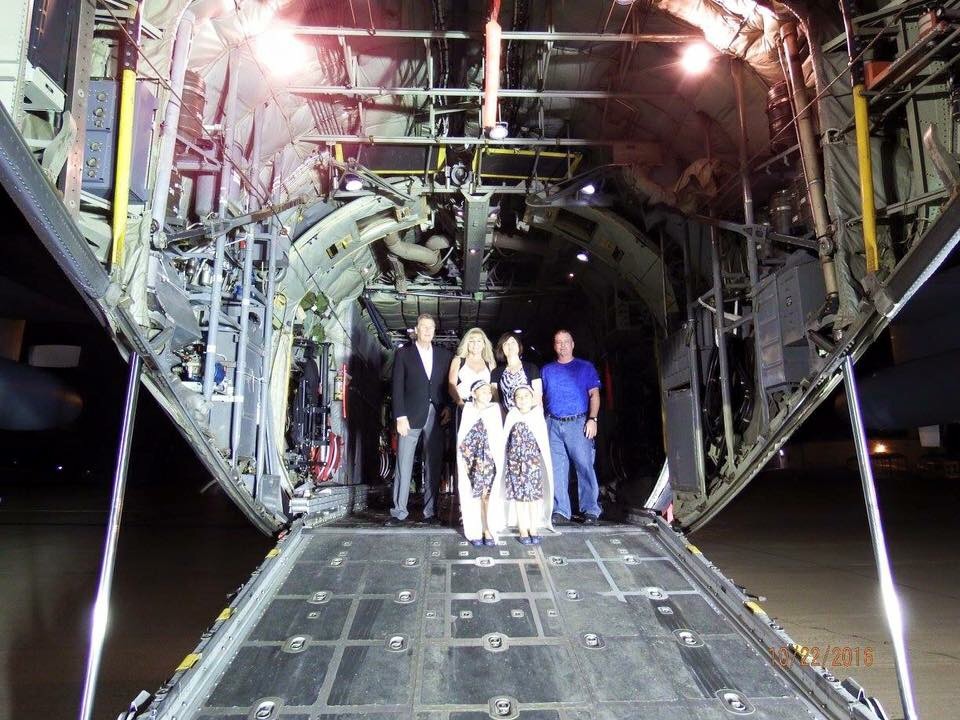 It’s easy to say you could do a better job when you weren’t there to do it!

Since my upcoming bookings include phototography, I’m at my wits end (similar to Cindy and her house full of relatives) to “fix up” an argument that happened months ago.

Meanwhile, Leigh Ann and her best friend, Luke are fighting again after their Valentine’s Day Fiasco! The problem?  They are both somewhat selfish and get along for a few weeks then stop speaking for a few months.  This weird friendship has my entire family scratching their heads!  We all get along with Luke-why can’t Leigh Ann?

But, back to that sofa swap.  I told Robert that it wasn’t an even trade based on the photos.  As usual, Stephanie disagreed and “the deal was sealed.”

Trying to get our kids to listen and get along isn’t easy and I’m hoping Cindy and Stephanie can work things out but, not counting on it…